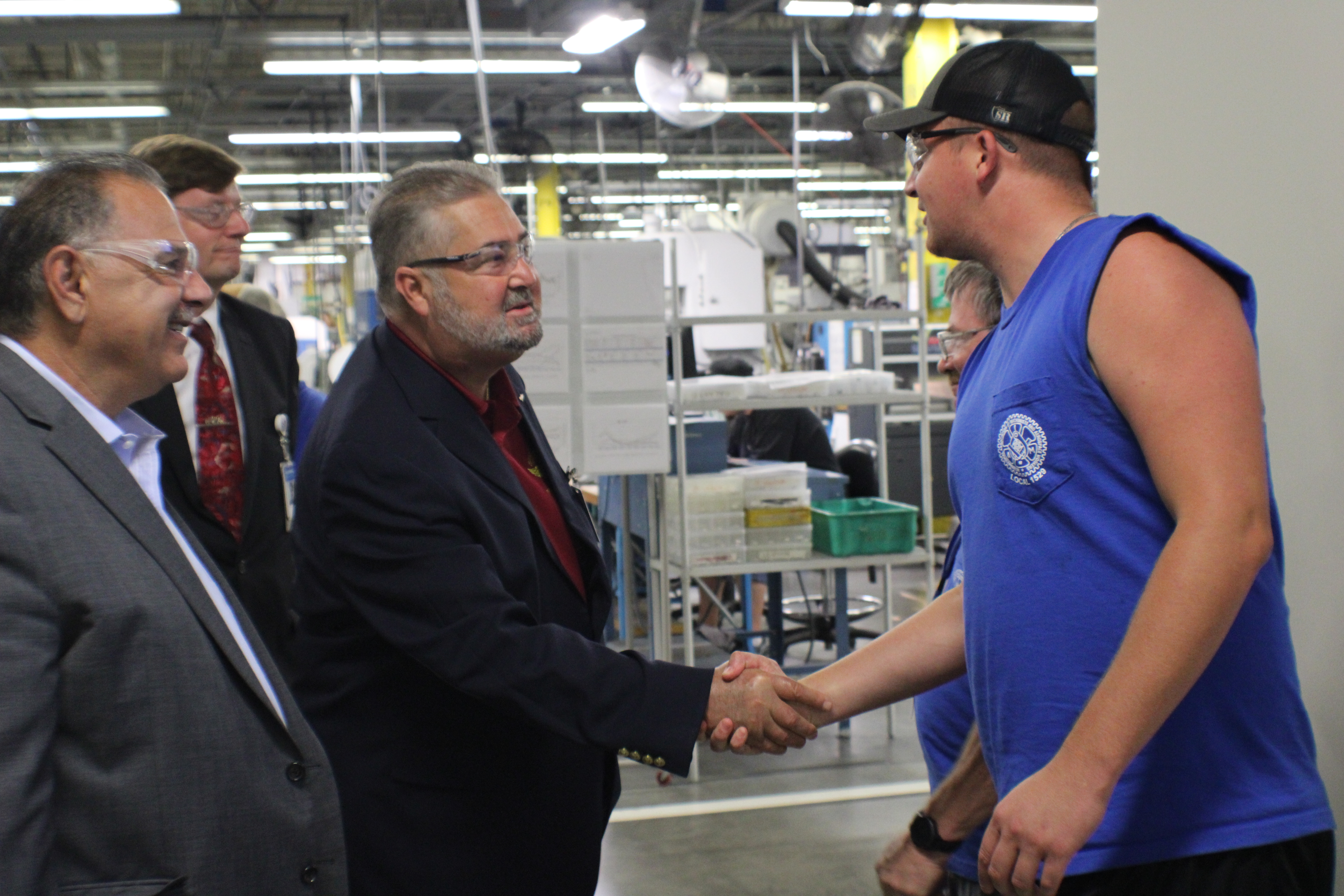 Nearly 850 IAM members work at the Amphenol facility. The new building was constructed after catastrophic floods in 2006 and 2011 crippled production. Amphenol is one of the largest manufacturers of interconnect products in the world for military, commercial aerospace, and industrial markets.

Company leadership met with Martinez, Conigliaro, District 15 Business Representatives Norm Shreeve and Bruce Hodges, and members of the Local 1529 leadership team to discuss the present state and future of the company. Record sales and a growing aerospace industry has both sides hopeful going into contract negotiations next month.

Martinez offered members any help he could provide for their negotiations.

“Our highly-skilled Local 1529 members are doing the work that makes this a very profitable company,” said Martinez. “I have let them know they have any and every resource available from this international union at their disposal.”

“Our members working for Amphenol in New York have demonstrated time and again their dedication to this company and this community,” said Conigliaro. “I’m proud of the work they do both inside and outside of this plant.”

Negotiations begin next month and the membership was thrilled to have the international president tour the shop.

“It means a lot to everyone, it shows we exist and we are not alone,” said 40-year member Star Callaghan.