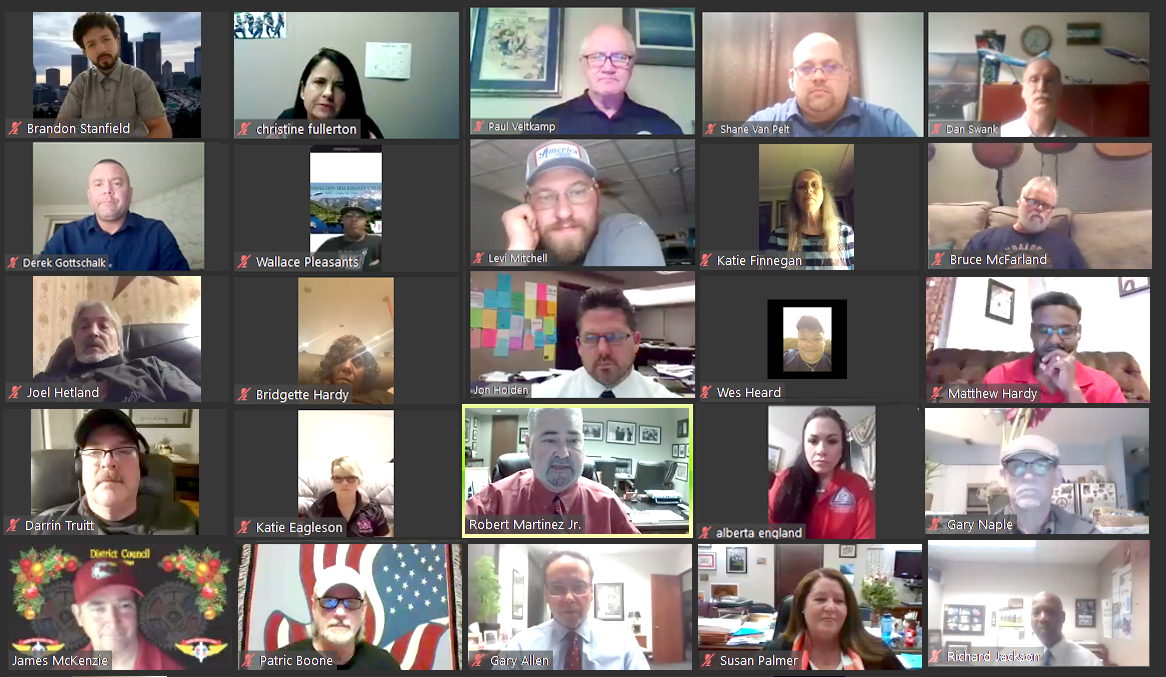 Newly-elected district officers of IAM District 751 were sworn in by International President Robert Martinez Jr this week during their district council meeting. Martinez joined the meeting via video chat.

“Myself, GVP Allen and our entire union are incredibly proud of the resilience the leadership of District 751 has shown during this pandemic,” said Martinez. “In addition to the COVID-19 crisis, we have also had to deal with the grounding of the 737 MAX. You can be assured that we are doing everything in our power to get our members back on the job and doing everything possible, including securing swift TAA help, for those who remain on layoff. District 751 and our union are going to make it through this crisis stronger than ever.”

“This is a significant chapter in the history of District Lodge 751,” said IAM Western Territory General Vice President Gary R. Allen. “Brothers Jon Holden and Richard Jackson have always displayed great leadership and sincere dedication to the membership of the district. I congratulate them both as well as those with the wisdom to elect these two dynamic leaders. I wish the very best to Sister Sue Palmer in her well-deserved retirement and sincerely thank her for her commitment and leadership in her service to our members. Negotiations with Boeing in 2024 will be here before you know it and the entire district will be ready.”

“It is an honor to be sworn in by International President Bob Martinez and to continue working on behalf of the strong and proud membership of District 751,” said District 751 President Jon Holden. “We have much work to do and we will succeed together.”

District 751 didn’t let the COVID-19 pandemic keep them from organizing and giving other working people the opportunity to have a voice in their workplace. In December, more than 150 Registered Nurses, Master Social Workers and Bereavement Counselors from the CHI Franciscan Hospice Care Center in University Way, WA voted for IAM representation.