Is Wichita the Next Detroit? 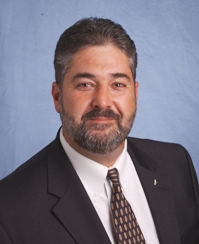 In a recent editorial published in the Wichita Eagle, Southern Territory GVP Bob Martinez, Jr.discussed the future of the aviation industry in Wichita, KS, and addressed comparisons to Detroit’s troubled automotive industry.

Martinez acknowledged the loss of some aerospace manufacturing capacity to low-wage countries, and warned that additional outsourcing could jeopardize the industry’s dominance in technology, productivity and innovation.

“If the aircraft companies decide to chase cheap labor, Wichita has a real chance of becoming like Detroit. The threat is real and serious,” said Martinez, who warned that companies would ultimately damage their own bottom line, as quality and workmanship suffer. “The companies born in Wichita have proud names, and we don’t want to see those names tarnished with the inferior products that would result from a cheap-labor business model.”

Martinez called for labor-management partnerships to preserve existing jobs, rather than allowing jobs to escape and be forced into high-priced bidding wars with other states to lure start-ups and foreign companies.

“The Machinists union supports a real and sustained partnership between our companies, the community, city and state government, and the work force in Wichita,” said Martinez. “American workers can’t compete with Third World wages. But the old adage is true: You get what you pay for. If our workers are empowered and unleashed, they are well worth the good wages and benefits they receive.

“The local community must participate, too,” explained Martinez. “We need a strong educational and training system that provides more skilled workers to grow this industry. As they are trained and enter the aviation work force, they will learn from the greatest aircraft workers in the world, to carry on the legacy we have been given.”