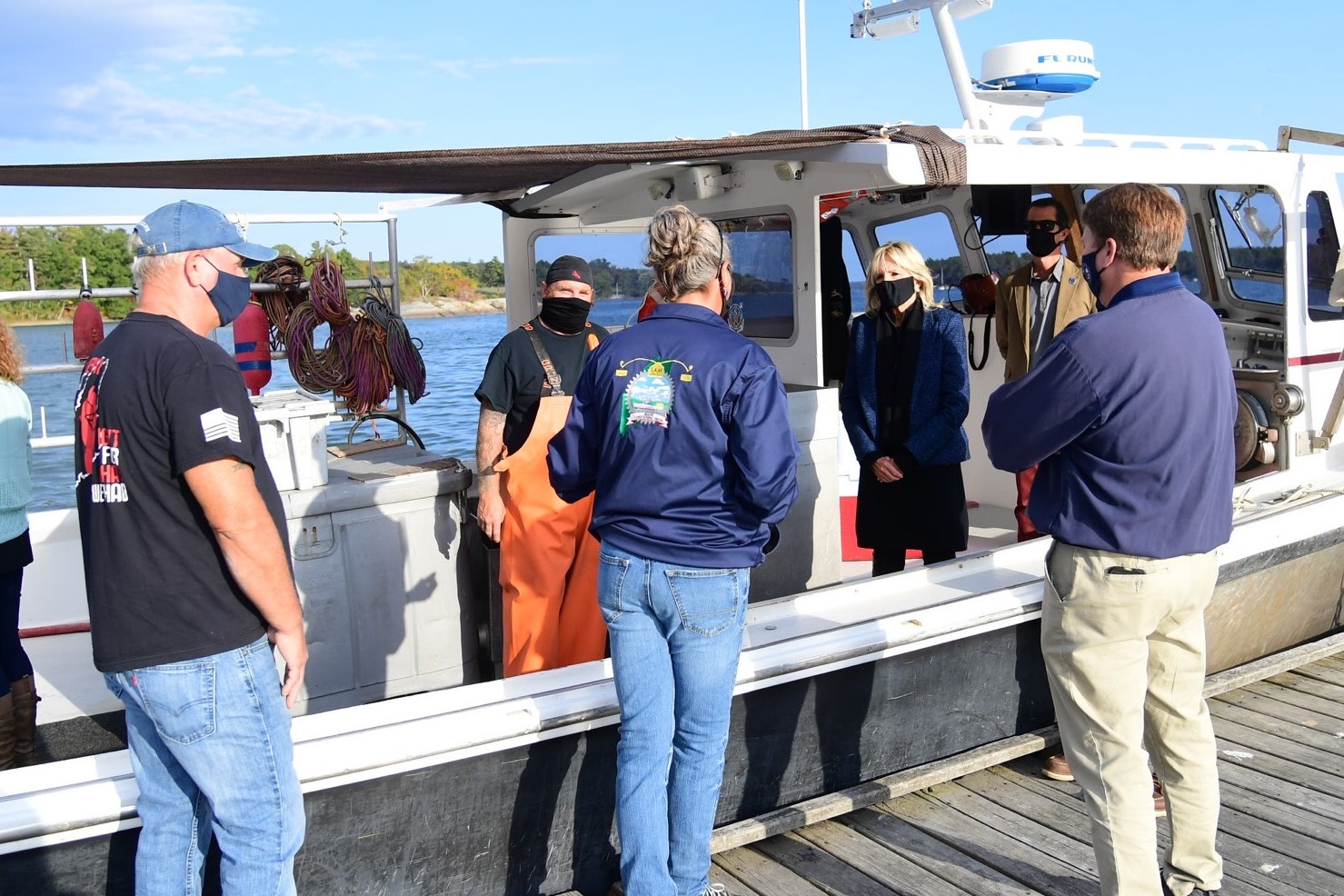 “I had a chance to speak to Dr. Biden about why we fish, that it’s not just what we do to feed our families, but it’s a way of life,” said Julie Eaton, a lobsterman in Deer Isle and Stonington.

Dr. Biden, who is a lifelong educator with a doctorate in education, has been traveling to battleground states across the country on a “Back to School” tour, which is focusing on labor and small businesses.

“Not very often, a lobster fisherman from Maine gets to have a potential first lady come aboard their boat,” said Phil Black, a lobsterman in Blue Hill.

“The IAM was honored that Dr. Biden celebrated National Lobster Day with our great lobstermen and women of Local 207,” said IAM Eastern Territory General Vice President Jimmy Conigliaro Sr. “We appreciate the time she took to speak and listen to many of our members. Her sincerity and heartfelt message provided much-needed inspiration to our members who feel betrayed by the Trump Administration.”

Grand Lodge Representative Dave Sullivan recently wrote an op-ed in the Bangor Daily News about how the lobster industry has suffered under the Trump Administration.

“As the Maine Lobster Union representative who works with fellow lobstermen every day, I’m deeply concerned about the impact President Donald Trump’s failed leadership has had on our industry,” wrote Sullivan. “The year before Trump was sworn in as president, Maine’s lobster industry was flourishing.”

Lobster 207 is the only union-based cooperative in the lobster industry, owned and operated by the folks who know Maine lobster best—the Lobstermen of IAM Local 207.