Keep up the Pressure: No Repeal 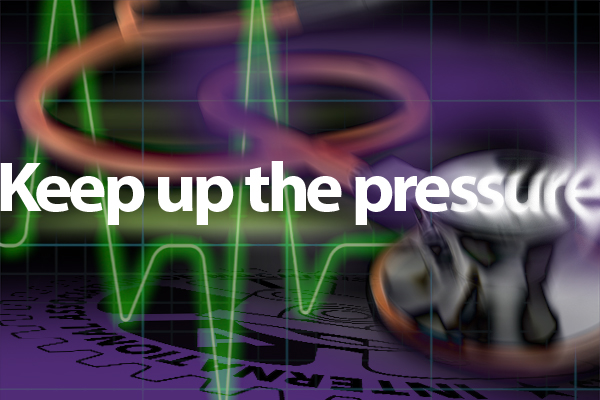 The developments taking place on Capitol Hill over health care the past few weeks have been swift and confusing. One thing is certain: your phone calls, letters, emails and social media pressure are shaping the policy decisions of the lawmakers elected to represent you.

The Senate failed to garner enough support to repeal and replace the Affordable Care Act this week. Now Republican Senate leadership is pushing to pass a repeal of the ACA with a two-year delay.

A straight repeal of the ACA isn’t a fix to any of our problems with the health care system.

This careless action would leave millions of Americans’ health care in peril and raise premiums due to uncertainty.

In January, the Congressional Budget Office found that a repeal bill would result in 32 million more people being uninsured in 2026 absent an actual replacement, and Congress has shown how well they do with self-imposed deadlines.