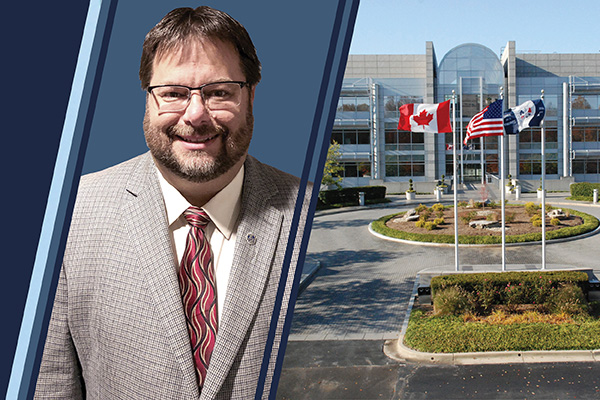 International President Bob Martinez and General Secretary-Treasurer Dora Cervantes announce the appointment of Paul Kendall to the office of Assistant Secretary. The appointment fills the vacancy from the recent reassignments of General Vice Presidents and is effective October 1, 2018.

“Brother Kendall brings a wealth of knowledge and experience to this position,” said General Secretary-Treasurer Dora Cervantes. “He is a true journeyman who attacks every task and assignment with professionalism and poise. I look forward to seeing him flourish in this new position.”

Kendall initiated into IAM Local 475 located in Grand Rapids, MI in 1992 working for Cummins Diesel. At IAM Local 475 he held many offices including Secretary-Treasurer Committee man, Shop Steward, Machinists Council Delegate and District 97 Secretary-Treasurer. At the age of 19 Kendall was elected as one of the youngest school board members in the State of Michigan and held the positions of Recording-Secretary and Treasurer with the Board of Education for his local school district from 1989 to 2000.