Labor Movement Speaks Out Against Hate 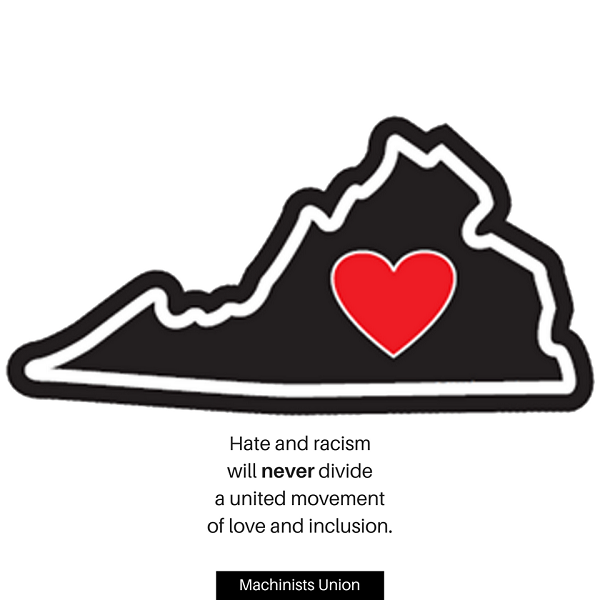 The hate and violence that infiltrated the streets of Charlottesville, VA over the weekend have no place in our society. IAM International President Bob Martinez and many other union leaders and their organizations took to social media to speak out:

Hate and racism will never divide a united movement of love and inclusion. Sending solidarity to #Charlottesville victims. #1u

The labor movement condemns this domestic terrorism and remains committed to eradicating the despicable causes of hatred and intolerance.

.@rweingarten and @frederickkowal‘s statement on the white supremacist demonstrations in #Charlottesville. https://t.co/52a1ymq5Rs

We must, as a movement denounce the upraising of white supremacists’ in America. Hate divides worker. Love unites us. @AFLCIO #hatesucks