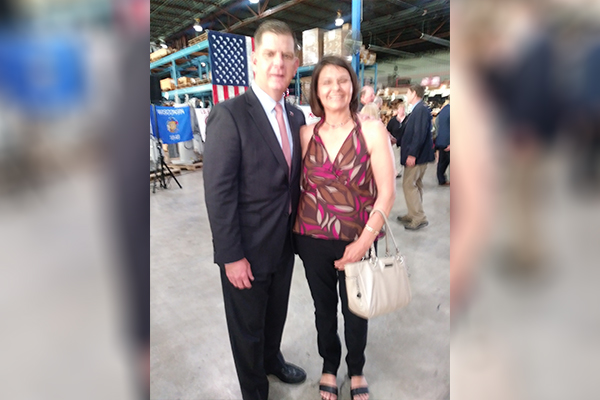 Kirch was able to thank Walsh, the former Boston mayor and longtime union member, for his support of the Protecting the Right to Organize (PRO) Act and all he has done for working families.

“It was great to be able to meet Secretary Walsh and briefly discuss issues facing IAM families,” said Kirch. “It’s great to see our government working to boost the economy and improve the lives of American workers and their families.”

“Working Americans have been left behind for far too long,” said IAM Midwest Territory General Vice President Steve Galloway. “It’s about time to have an administration meeting with working families and supporting pro-worker legislation like the Protecting the Right to Organize Act.”