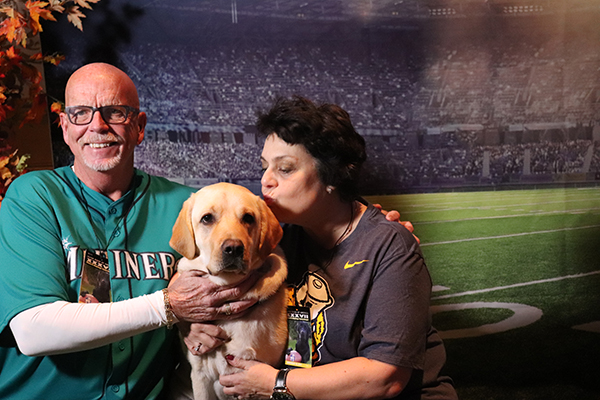 The @NFLPA has come a long way since the days of working out of Machinists Union Headquarters. Many thanks to @DeSmithNFLPA for the shout out to our favorite charity, @GuideDogsGDA! pic.twitter.com/GkpTJB0nEB

“With the gift of a guide dog, these men and women are better able to pursue their goals, fulfill their dreams, and participate in their communities,” said Guide Dogs of America President Russell Gittlen. “Guide dogs not only provide the gift of increased independence, confidence, and mobility, but they also act as a trusted companion providing new opportunities for social interaction.

Guide Dogs of America has helped 3,242 people live with increased mobility and independence. It costs more than $48,000 to raise a guide dog and train its partner.

“IAM members are proud to open their hearts and wallets year-round to support the mission of Guide Dogs of America,” said Machinists Union International President Bob Martinez. “It is our union’s labor of love to give the gift of independence to the blind and visually impaired.”

Always special to visit with friends who have been given the gift of independence by @GuideDogsGDA. Members of @MachinistsUnion are so proud to support. pic.twitter.com/tHQf1GBA3p

Guide Dogs of America, headquartered in Sylmar, Calif., was founded in 1948 after a blind Machinists Union member was rejected for a guide dog due to his age of 57. Since then, the IAM and our generous members have been GDA’s largest financial supporters.