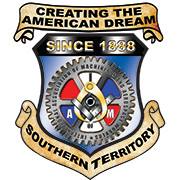 Social media was at the top of the list for discussion during the recent IAM Southern Territory Staff Conference, and the attending leadership of the territory was excited about the use of social media and increased communications with region’s membership.

Southern Territory General Vice President Mark Blondin directed the creation of the Southern Territory Facebook page, Facebook.com/IAMAWST, which went online less than a week ago and already has over 350 “likes.”

“This was certainly an idea whose time had come, and our members spoke immediately,” said Blondin. “People want their news in real time, they want to know and share what’s going on. The Territory Facebook page can help that happen with frequent posts and updates. We have several District and Local Lodge Facebook pages, and more coming online every day. I urge all Southern Territory and IAM members to come and like our page, and keep up with what’s going on. The South is quickly becoming a hotspot for union organizing and activism, and the Southern Territory is leading the way.

“One thing about our union that’s always made me proud is that we’ve never been afraid of the future,” said Blondin.