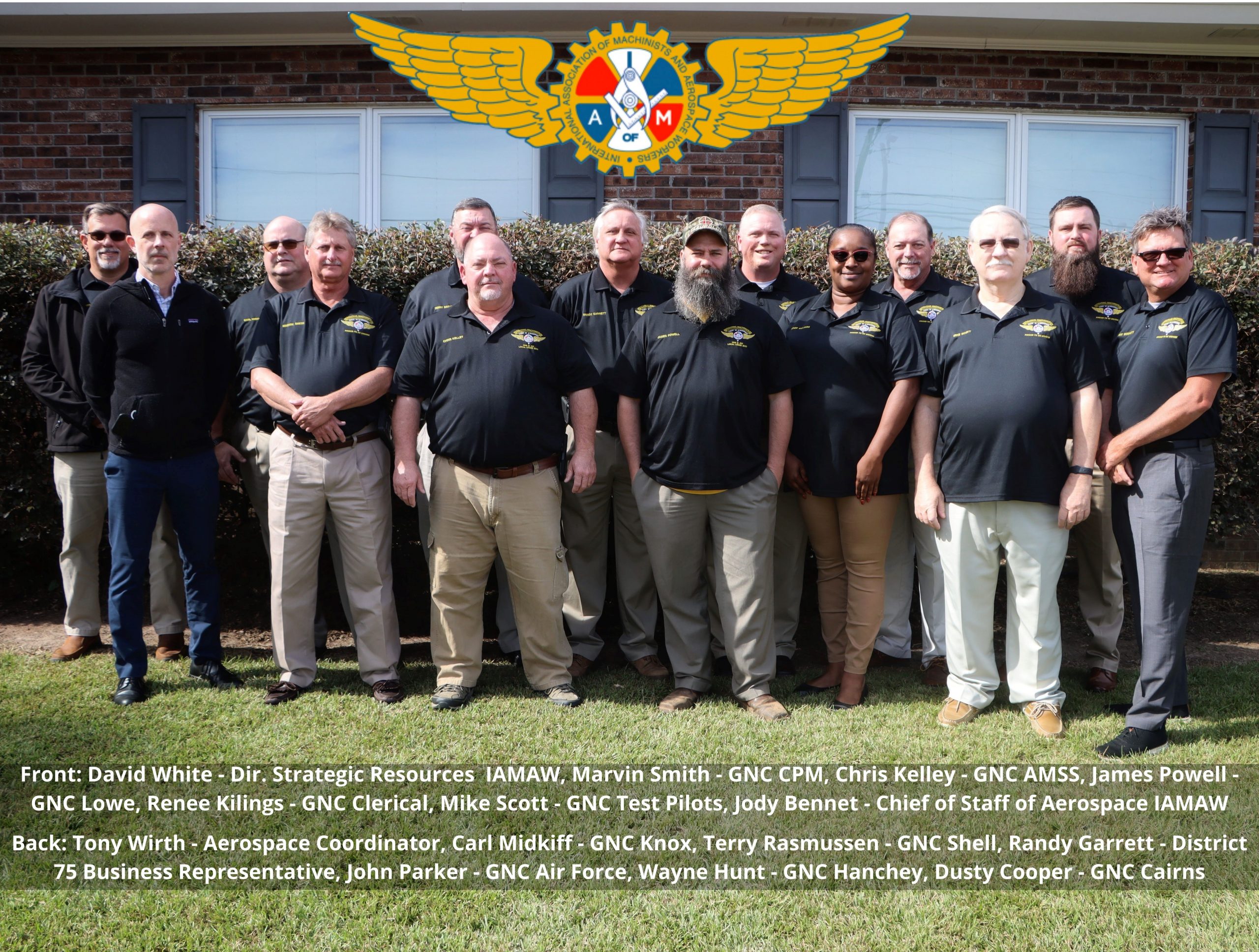 Highlights of the three-year contract include wage increases of 4 percent, 3.5 percent, and 3.5 percent in each year of the agreement. Other enhancements include continuation of $5 per hour contributions to the IAM National Pension Fund (IAMNPF), and $2 per hour contributions over the life of the agreement to a new 401(k) plan, all while holding the line on health care.

Other improvements include increased vacation schedule for all members, new premiums for CDL holders, lead pay and NDI Inspector pay.

“This contract rewards our members for their dedication, and hard work,” said IAM Southern Territory General Vice President Rickey Wallace. “The negotiating committee and our membership earned the recognition for their skills and commitment to this program, and this agreement does that.”

“My thanks go out to Aerospace Chief of Staff Jody Bennett and Aerospace Coordinator Tony Wirth who led this negotiation with the assistance of Strategic Resources Director David White and District 75 Business Representative Randy Garrett,” said IAM Aerospace General Vice President Mark Blondin. “The Local 2003 Negotiating Committee did an outstanding job obtaining this agreement – they were prepared and the proof is in the results.”

“This Negotiating Committee, and our Shop Stewards were all part of the field negation prep class,” said District 75 Business Representative Randy Garrett. “The solidarity started there, and their hard work paid off at the negotiating table and on the shop floor.”