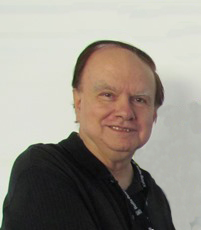 When the gavel comes down to open the January 2015 meeting of Rolls Royce office employees IAM Local Lodge 2468, it will mark the end of an era. For the first time in 40 years, Lee Cappadocia will not be chairing the meeting as president. His last official day in office was January 20, 2015.

It’s a record not likely to fall in Lodges in the U.S. or Canada. Cappadocia started at Rolls Royce in 1969 as a Cost Clerk. There was no union for office workers, but shop floor workers had been represented by IAM Local Lodge 869 since 1954. After IAM Local Lodge 2468 organized to represent the office workers in 1972, Cappadocia joined the grievance committee. By 1973 he was its chair and by 1975 he was Lodge president.

Since then he has overseen 14 contract negotiations that have made Rolls Royce office workers the best paid unionized workers in the Montreal. Other highlights include implementation of an Employee Assistance Program and achieving flexible hours or flex time. Flex time “began on a trial basis in 1975 and we had it entered into the collective agreement language in 1976,” he said. Another achievement was the expansion of the two-week holiday leave from employees with 25 years to employees with 10 or more years of service.

In 2014, Siemens Engineering purchased the Energy division of Rolls Royce, meaning the 60 Local Lodge 2468 members have a new employer. “It will be a challenge for the new Local Lodge administration, with contract negotiations coming up. I’m sure comparisons will be made, but I’m sure they’re up to it,” he said. “As for me, I’ve already had discussions with Canadian General Vice President Dave Ritchie on ways I can help the union as a retiree.”

“Lee Cappadocia exemplifies the true meaning of a great trade unionist,” said IAM Canadian General Vice President Dave Ritchie. “I don’t know of any other Local Lodge president in Canada or the USA who has served as long and with as much distinction as Lee. His term of office is something we will likely never see again.”