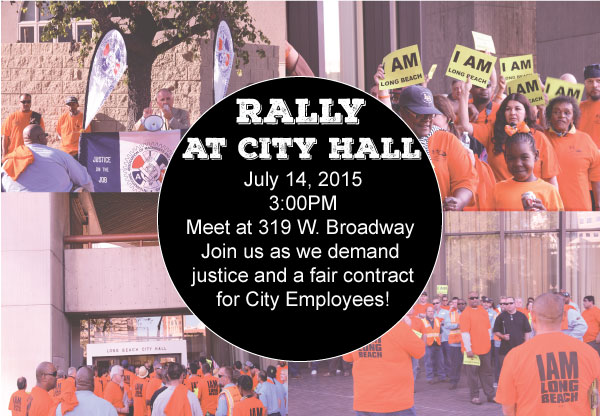 IAM-represented employees of Long Beach City, CA, who have gone more than nine months without a new contract, will hold a rally prior to the city’s July 14 council meeting.

“A great number of the full-time workers we represent earn less than a part-time city council member who works one day a week,” said Richard Suarez, the IAM’s chief negotiator with the city.  “The Long Beach City Council members are the only part-time employees in the city that benefit from city-paid healthcare.  All we are looking for is a little fairness and equality in a city that boasts itself as being a progressive and labor-friendly community.”

The IAM is looking to expand healthcare protection, retirement and other quality of life benefits for IAM-represented employees.

Contract negotiations between the IAM and Long Beach City opened last October after expiration of the contract due to the city’s lack of preparedness. IAM members are calling on city elected officials to focus on issues of importance to the hard working men and women who are tasked with making the city run.