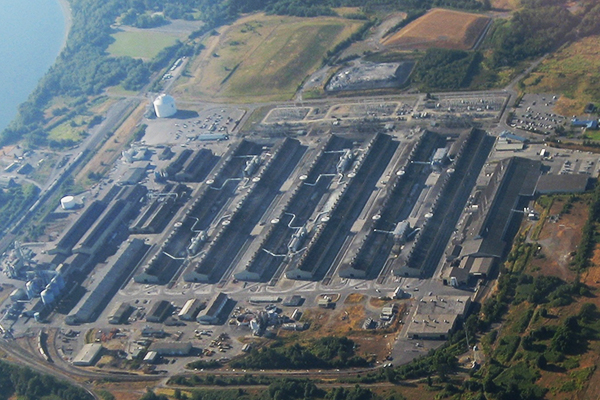 The IAM is asking President Trump to use all means necessary, including the Defense Production Act, to save 700 IAM jobs at a strategically important aluminum smelter in the Pacific Northwest.

Alcoa Intalco Works, one of only seven primary aluminum smelters remaining in the United States, announced on April 22 that it was shutting down its Ferndale, WA plant.

“Allowing this facility to close would do significant and irreversible damage to our nation’s capacity to produce aluminum, severely weaken our domestic supply chain and jeopardize our national security, particularly in times of national emergency or foreign conflict,” wrote IAM International President Robert Martinez Jr. and IAM Western Territory General Vice President Gary R. Allen in a letter to Trump.

Losing the Ferndale plant, the last of its kind in the Pacific Northwest, would further the U.S.’s steel deficit with China, which has dumped steel on the world market without regard to international law.

“The reliance on foreign aluminum has once again become noticeably apparent during the current COVID-19 pandemic, where high-quality aluminum is needed quickly and seamlessly to manufacture ventilators, hospital beds, and other vital medical equipment,” wrote Martinez and Allen.

The Ferndale facility is one of the largest employers in Whatcom County, and it is estimated that every job at the plant supports 4.2 indirect and induced jobs in the region.