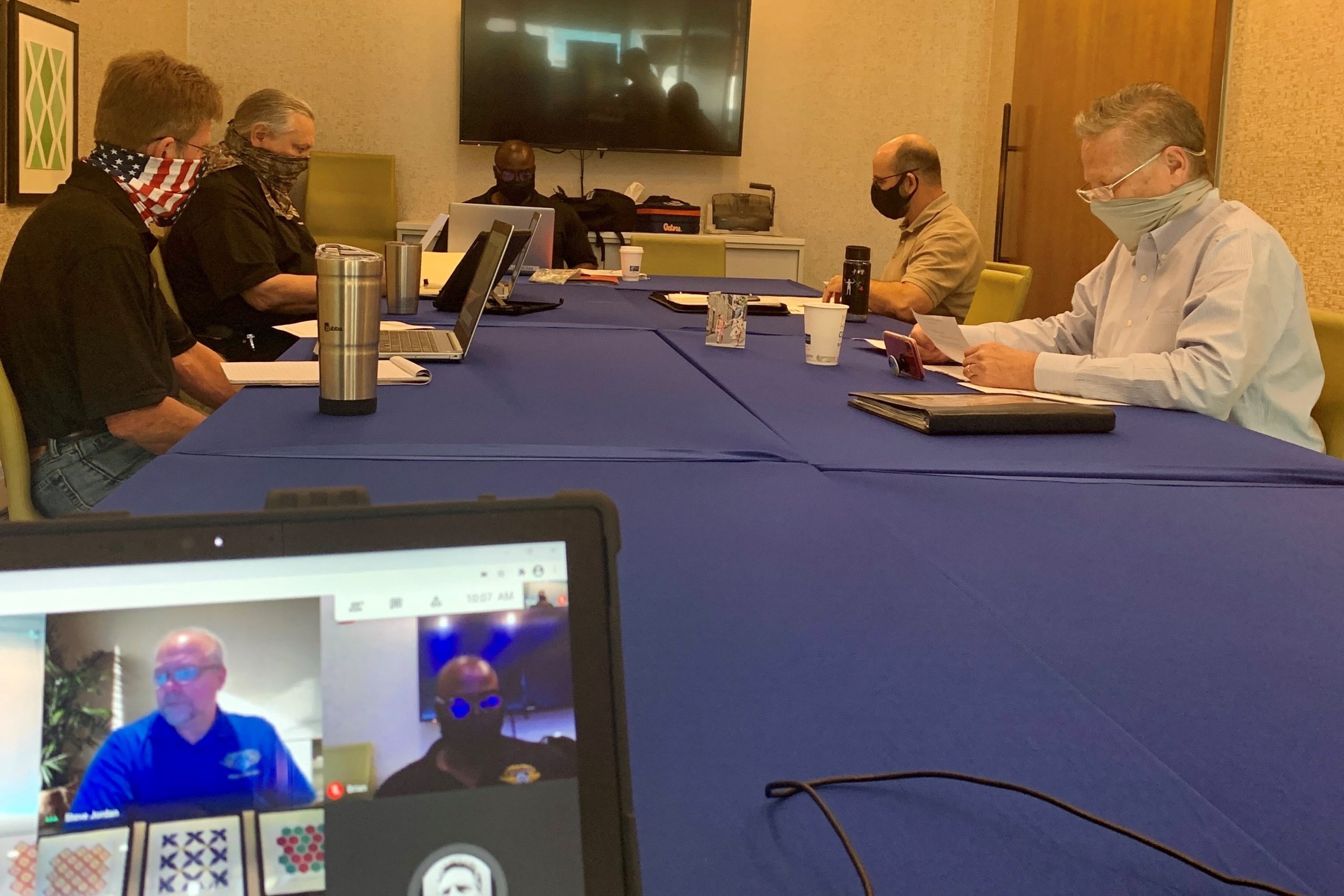 180 IAM members from District Lodge 75, Local Lodge 20 at Eglin Air Force Base recently ratified a three-year Aerospace Service contract. The members provide back shop maintenance services on government aircraft including modifications, support tasks and other functions in support of the 96th Test Wing. They also work on F-15 and F-16 fighter jets and maintain support equipment and crash recovery services.

“Due to the committee’s preparedness and the assistance of ADBR Brad Smith, who jumped right in after negotiations had to switch from in-person to online, we were able to secure a great agreement for the membership,” said IAM Aerospace Coordinator Tony Wirth.”

“The transition from in-person to virtual was seamless, due in part to the committee’s understanding of the needs of their fellow members in securing a good contract,” said Assistant Directing Business Representative Brad Smith. “It was a pleasure being able to work with this committee and present to their members a contract which they all can be proud of for the next three years.”

Negotiations began in person, but were abruptly switched to video conferencing after one member of the negotiating committee contracted the COVID-19 virus. All COVID protocols were strictly followed and no one else contracted the virus during the remainder of negotiations.