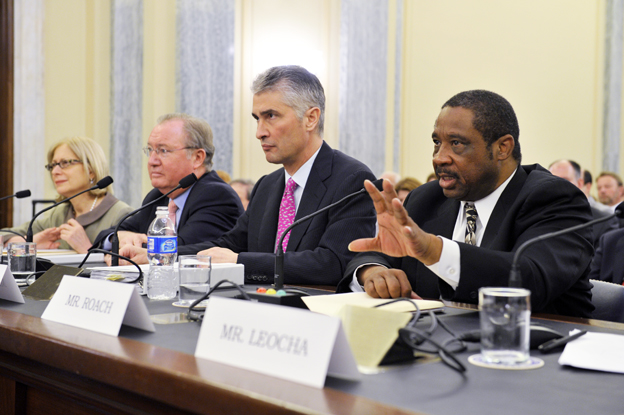 Transportation GVP Robert Roach, Jr. testified before the Senate Committee on Commerce, Science and Transportation and called for re-regulation of the airline industry.

“It is clear that airline deregulation has failed to deliver on its promises of a stable and profitable industry,” said Roach. “Airline business plans today focus on lowering standards, eliminating services and reducing ticket prices to the bone to put competitors out of business, making a profitable industry impossible.”

“Some industries are too critical to the United States to be allowed to regulate   themselves,” said Roach. “The airline industry drives $1.4 trillion in economic activity and contributes $692 billion per year to the Gross Domestic Product. It is too vital to the nation’s commerce to be ignored, taken for granted or left to its own destructive ways.”

The IAM’s complete testimony is available at www.goiam.org/mergers.