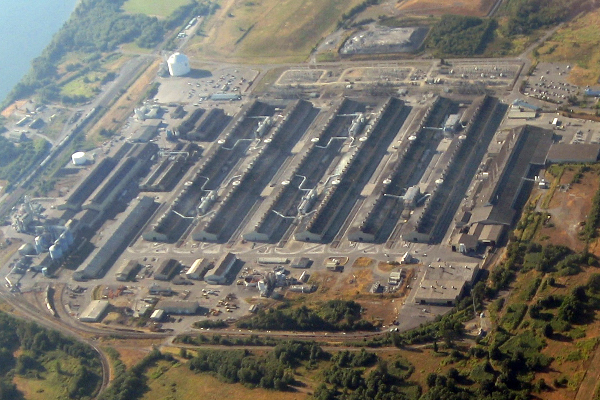 Company leadership at Alcoa Intalco Works recently announced plans to shut down their aluminum smelting operation, one of the few facilities of its kind remaining in the United States.

“Allowing this facility to close would do irreparable damage to our nation’s capacity to produce aluminum domestically, severely damage our domestic supply chain, and endanger our national security and sovereignty especially in times of national emergency or foreign conflict,” wrote Martinez and Allen. “Furthermore, this closure would leave nearly 700 hard-working men and women out of work and devastate the local economy and surrounding communities.”

The aluminum smelting operation at Alcoa Intalco Works is of particular strategic importance as it is one of the largest aluminum producers in the United States, producing more than 280,000 tons per year.  It is also the last remaining facility in the western United States, and is the only U.S. aluminum smelter with proximity to a deep water port.

The IAM is committed to saving these vitally important jobs, the Alcoa Intalco Works Washington state facility, and this vital industry.