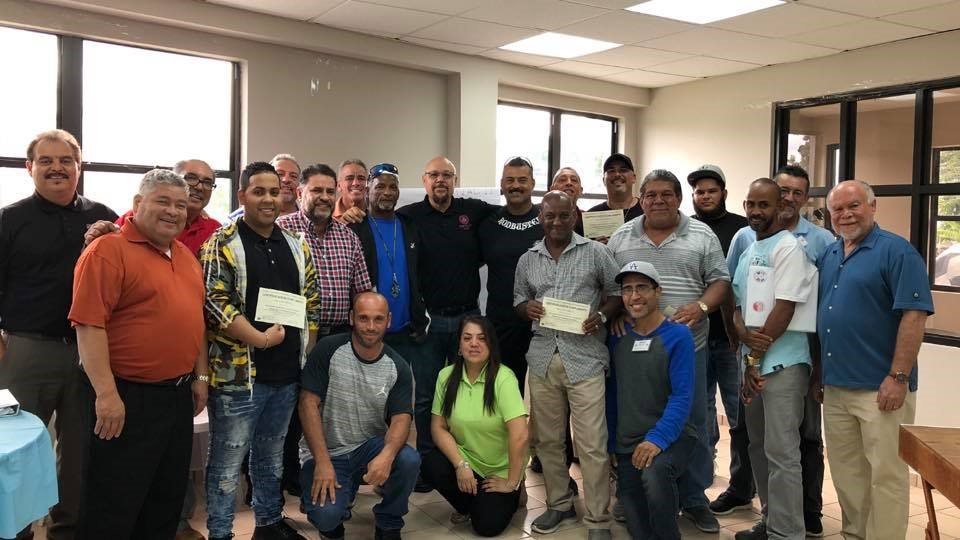 “There’s an abundance of work in the construction industry going on right now in Puerto Rico as funding for these building projects is at an all-time high. This is the time to organize; this is the moment to prepare and strengthen the carpenters union who are doing the work as this will enable them to improve their wages and benefits,” stated IAM Southern Territory Grand Lodge Representative Javier Almazan.

The job market in Puerto Rico is indeed growing, not only in the building trades but in transportation and aerospace industries as well. The Vocero’s Weekly Journal estimated that there are 18-aerospace related companies operating in Puerto Rico totaling $130 million annual salaries. In terms of job numbers, there has been an increase of 36.4 percent in the last four years.

Workers from the UCPR trained in anti-union techniques and inoculation, finding leads and building leadership, face-to-face role-play scenarios, working with allies, messaging, communications, building a timeline and a strategic plan of execution.

“I really feel more encouraged to go to the jobsite and organize now,” said Antonio Cedeño.

The participants received their certificates on Friday and are ready to organize the island.

“I feel more confidence in explaining the entire process to my coworkers and willing to contribute what I’ve learned,” Rafael Rodriguez said of the program.

The training marks the third phase of implementation in the IAM’s strategic plan that will aid the new members in servicing, organizing, training, education and finance. Announced earlier this year, the new IAM/UCPR partnership’s goal of together growing the footprint on the island is fast becoming a reality.