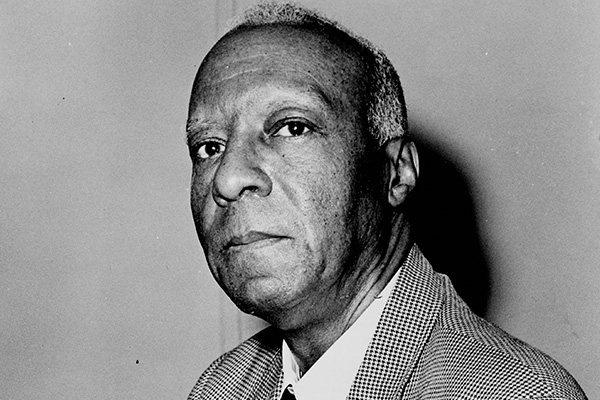 February is Black History Month, and the IAM is proud to recognize the valuable role African Americans play in our country and the labor movement. To begin, we are honoring the legacy of A. Philip Randolph, a staunch leader in the civil rights and labor movements.

The Sleeping Car Porters merged in 1978 with the Brotherhood of Railway and Airline Clerks, now known as the @TCUnionHQ which merged with the IAM in 2012. #BlackHistory #BlackHistoryMonth pic.twitter.com/cg6QjJb0UM

In 1925 Randolph organized and led the Brotherhood of Sleeping Car Porters, which was the first predominantly black labor union. The brotherhood took on the powerful railway industry and in 1937 won its first major contract with the Pullman Company.

He was a director of the 1963 March on Washington for Jobs and Freedom, which brought more than 200,000 people to Washington, D.C. to demonstrate for civil rights policies for black Americans.