< Back to Machinists Denounce White House’s Attack on Social Security 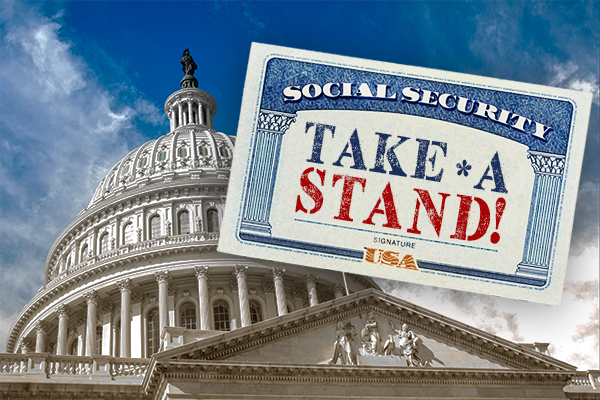 The IAM and the Alliance for Retired Americans staunchly stand against the Trump administration’s proposal to allow Americans to cut their future Social Security benefits for some quick cash today.

The administration wants people to “borrow” money from their own future Social Security benefits and then pay interest on it every year until they retire, according to a report from the Washington Post.

The Trump administration’s new scheme is to offer working people cash payments of $5,000 or $10,000 in exchange for cuts or delays to earned Social Security benefits.

Millions of working Americans are struggling financially because of the coronavirus. They deserve real help, not a bad payday loan disguised as economic aid.

“We cannot allow this crisis to be used as an excuse to gut the retirements of millions of working Americans,” said IAM International President Robert Martinez Jr. “The IAM and our allies in the labor movement will stand strong, as we always have, to protect the retirements we have earned.”

Instead of trying to steal the earned benefits of families struggling to make ends meet, the government should be expanding Social Security for all current and future beneficiaries while increasing direct cash payments to all U.S. households.

Tell Congress to reject the Trump administration’s efforts to defund and destroy our Social Security system.