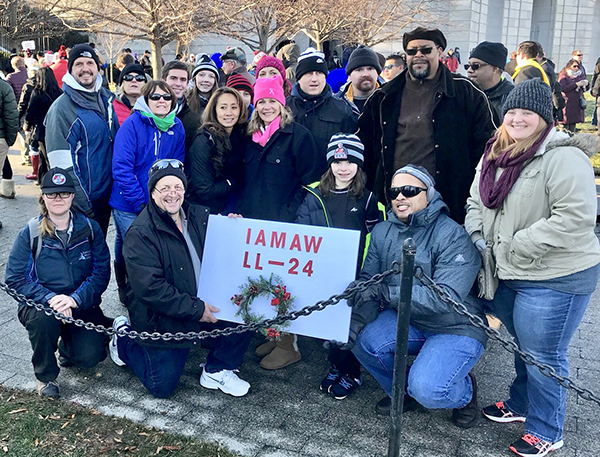 Machinists Union members gathered at Arlington National Cemetery to remember fallen veterans and honor those who have served. The Machinists were among the thousands of people who participated in wreath-laying ceremonies across the country on Saturday, December 16.

Our first time going to #WreathsAcrossAmerica as a union was truly special! pic.twitter.com/CxqQJAhhZr

Going to #WreathsAcrossAmerica is an incredible experience. Honored our veterans at Arlington National Cemetary this morning. pic.twitter.com/PaobRVkZE4