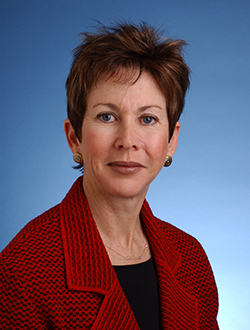 The IAM applauds the White House recommendation of former IAM General Counsel Allison Beck to serve as the next Director of the Federal Mediation and Conciliation Service (FMCS).

“Allison Beck’s career is second-to-none when it comes to handling arbitrations, mediations and contract negotiations,” said IAM International President Tom Buffenbarger. “She represented and fought for IAM members for 30 years. She brings to this new post a unique perspective having worked within a union, on Capitol Hill, on independent boards such as the National Labor Relations Board (NLRB), and, most recently, her role as FMCS Deputy Director. The IAM is proud of her many accomplishments and continued dedication to America’s working men and women. And we congratulate her on this newest endeavor.”

Beck has been serving as FMCS Deputy Director since 2010.  During her tenure, she has conducted outreach to the labor-management community, managed special projects involving labor relations and collective bargaining (including health care, public education, and federal sector cooperative efforts), and served as a mediator on a number of high profile mediations. Beck redesigned the delivery of FMCS conflict resolution services to government, and also oversaw the growth of the agency’s international labor relations and conflict resolution training services, working with the U.S. Departments of State and Labor to help emerging market economies achieve workplace stability.

Beck served as General Counsel of the IAM from 1989 to 2010, and as IAM Associate General Counsel from 1980 to 1989.  Her previous titles include Appellate Attorney for the NLRB Division of Enforcement, Legislative Coordinator for the Energy Action Committee, and Legislative Aide to the late U.S. Senator Alan Cranston (CA-D).

The FMCS, created in 1947, is an independent agency whose mission is to preserve and promote labor-management peace and cooperation. The agency handles arbitrations, mediations and contract negotiation disputes.