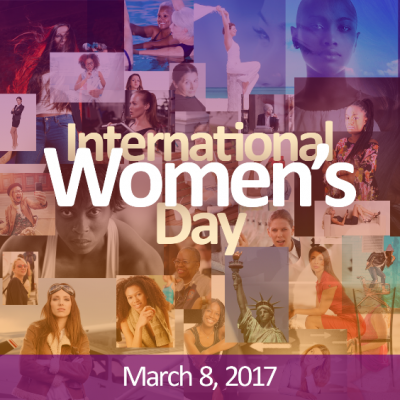 According to the U.S. Department of Labor, the percentage of women in the workforce has risen sharply in the past 60 years, from 33 percent in 1948 to 57 percent in 2016. While women make up nearly 46 percent of the workforce, there is still a broad gap in wages. On average, women make over 21 percent less than their male counterparts.

“We are proud to support International Women’s Day because while women in the U.S. suffer, there are women around the world who are treated a great deal worse,” said IAM General Secretary-Treasurer Dora Cervantes. “Unfortunately in the U.S., it’s only through a union’s collective action that women achieve equality at work. I’m proud to be a part of that great equalizer for inequality in the workplace.”

Women’s issues have been brought into the forefront recently. Women’s marches across the world brought out millions of people to advocate for equality, immigration reform, and all issues affecting women.

“It’s inspiring to see so many groups of people getting involved and joining the movement,” said IAM General Vice President Diane Babineaux. “It’s not just about women fighting for their rights anymore. Everyone, regardless of gender, race, religion or age understand the importance of women’s equality.”

Organizers are also calling for an international day of action on Wednesday to coincide with International Women’s Day. The goal of “A Day Without a Woman” is to highlight the economic power and significance women have on U.S. and global economies. People are encouraged to participate by refraining from shopping – unless it is at women owned businesses – and wearing red in solidarity.

Watch: AFL-CIO’s Economic Agenda for Working Women and Their Families