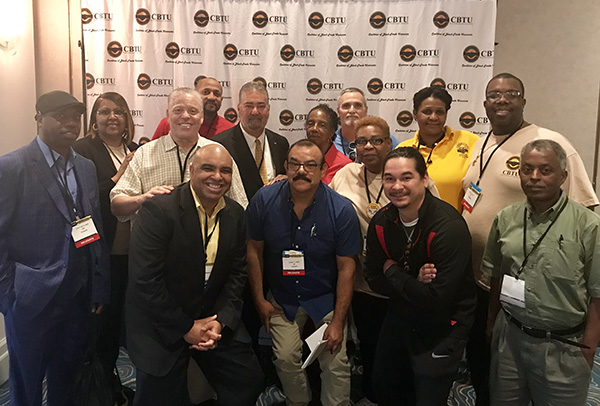 The National Coalition of Black Trade Unionists (CBTU) recently held its annual conference in Orlando. This year’s theme was “47 Years Strong: From Surviving to Thriving.”

“I firmly believe that the time is now for a united, strong, unbreakable movement of working people standing up for a better life,” said Martinez. “We cannot afford to waste any time.”

“The systemic racial inequality within this nation has put us in a dire state.
But we must continue to move forward.Because in the name of all who have suffered and continue to suffer… our unions must be present”- Machinists Union @IAMBobMartinez @CBTU72 #conference #1u pic.twitter.com/jfsUg3MTIX

IAM Legislative Director Hasan Solomon was elected to the National CBTU Executive Board. The Machinists Union was represented by IAM delegates from all across North America.

CBTU, founded in 1972, is the largest independent voice of more than 2.2 million African American workers in labor unions today. With more than 50 chapters in major U.S. cities and one in Ontario, Canada, CBTU is dedicated to addressing the unique concerns of black workers and their communities. CBTU is a strong supporter of low-wage workers who are fighting for respect and the right to have a voice on their jobs.