Machinists Prevail in Negotiations with City of Memphis 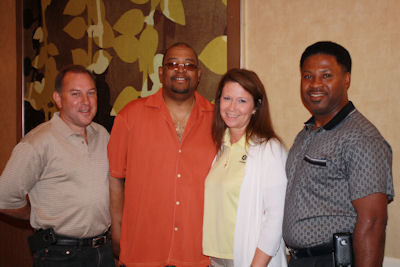 Two years ago, a total of 5,550 union-represented workers in Memphis suffered a 4.6 percent pay cut (5 percent for those making $85,000 or more) and a 50 percent death benefit reduction.

The new two-year deal restores the previous wage rate and death benefit. A lawsuit continues over the original cuts, demanding back pay for the last two years.

Negotiations with the city were quite different than normal private-industry negotiations. When negotiators from the city manager’s department continued to demand cuts, union negotiators moved to impasse. In mid-April the city then established a three-person Impasse Resolution Committee consisting of City Council members, only one of which was considered “labor friendly.” The Committee voted against the unions.

However, according to the Memphis code that established the Committee, the recommendation of the Committee required ratification by the full City Council. Upon presentation to the Council, the unions, including the IAM, presented their case. The City Council voted in favor of the IAM and other unions by a vote of 7 to 6.

By summer, still one hurdle remained – the Council had to vote to fund the reinstatement of the pay cut and death benefits, and to slightly increase property taxes to cover the expenses. On June 25, the Council voted to fund the increase in their budget.

District Lodge W2 Business Representative Valarie Rodriguez headed the IAM’s Negotiating Committee during the process. “It was long and complex and the odds were certainly stacked against us,” said Rodriguez. “But standing together, we prevailed in the end. Our members are proud of the job we did, and they know that without the union, they would have had nothing.”

“All workers deserve a union contract and the ability to collectively bargain,” said Southern Territory General Vice President Mark Blondin. “In these times of attacks on government employees, collective bargaining is the only protection government employees have. Budgets should not be balanced by stealing money from the pockets of civil servants, who are skilled and hard-working people with families to support. Congratulations to the Negotiating Committee for a job well done.”