Machinists Punch Back Against ‘Right to Work’ in Wisconsin 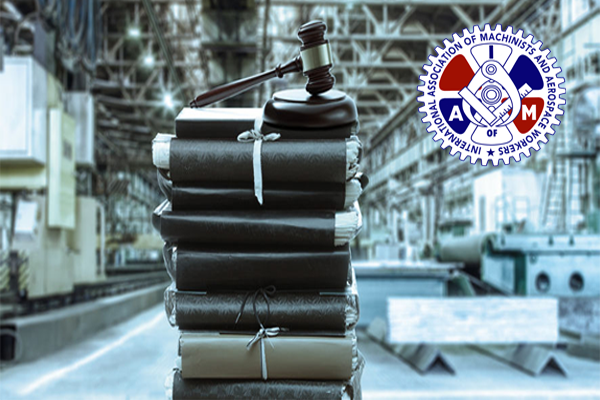 A recent ruling by the 7th U.S. Circuit of Appeals allows the Machinists Union to continue to deduct “fair share” fees from non-member employees at Maysteel Industries in Wisconsin, despite the state’s right-to-work law.

The ratified collective bargaining agreement allows the IAM to deduct fees from Maysteel employees to cover the costs of representation, whether they decided to pay dues or not. The case against the IAM was filed by a group of non-union members seeking to stop the deductions.

The case took years to come to a conclusion but IAM members in Wisconsin understand the importance of the ruling saying it was a worthy win for union members in any state.

“Right-to-work laws are a con designed to further tip the scales against workers in favor of corporations,” said IAM District 10 Directing Business Representative Alex Hoekstra. “This is a great win in the battle for fairness at work, but the war continues.

“Congratulations and thank you to the members of IAM Local 2053 and District 10 for drawing the line in the sand and standing up for workers everywhere against unfair Right to Work For Less laws,” said IAM Midwest Territory General Vice President Steve Galloway. “Machinist members in Wisconsin continue to set the standard for the rest of the country on how to fight back against these underhanded policies aimed at stripping workers of their right to bargain collectively. This is a huge win and will set a much-needed precedent as we continue this fight against Right to Work For Less laws in other states.”