Machinists: Put Working People First or Walk Away from NAFTA 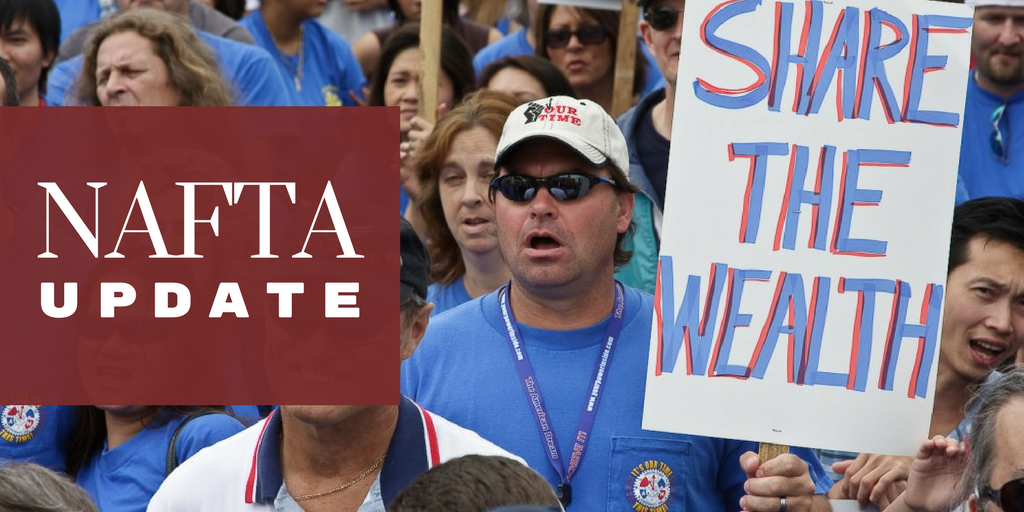 The Machinists Union told U.S. trade representatives on Wednesday that working people should be the top priority of NAFTA renegotiation talks. The trade investment deal should be tossed if labor standards aren’t drastically improved, the IAM testified.

NAFTA and trade pacts like it have harmed all working people by shipping good jobs to countries with low-wages, discrimination, forced and child labor, and little to no right to join a union.

“We need an agreement that will create more jobs and higher wages here at home,” said Owen Herrnstadt, IAM Chief of Staff and Director of Trade and Globalization. “Merely tweaking current language is unacceptable.”

The IAM and other unions are calling on negotiators to take specific measures to fix NAFTA. Our demands include:

Machinists Union members in the aerospace industry have been among the hardest hit by NAFTA, said Herrnstadt.

“Mexico’s manufacturing industry has dramatically expanded since NAFTA, at the direct cost of U.S. and Canadian workers,” said Herrnstadt.

Profit-hungry aerospace companies have shipped thousands of jobs to Mexico. The numbers are multiplied when considering the lost opportunities if companies had located production in the U.S. or Canada, as opposed to chasing low wages in Mexico.