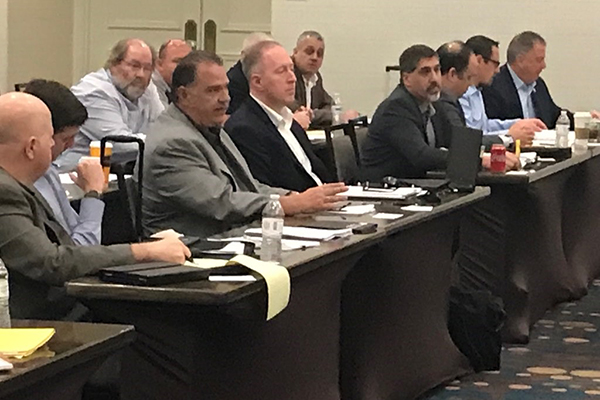 IAM Representatives from across the U.S., led by Eastern Territory General Vice President Jimmy Conigliaro Sr., reached a tentative agreement yesterday with United Parcel Service (UPS) and UPS Freight. The five-year accord covers nearly 3,000 IAM-represented mechanics at UPS locations, and UPS Freight facilities, who will decide whether to ratify the agreement.

“The IAM negotiating team worked very hard to prepare for these negotiations,” said Conigliaro. “Their hard work paid off, and the proof is in this agreement. The package we’ll take back to our members features major improvements in nearly every area of the current agreements.”

“The IAM-UPS national agreements provide wage and benefit improvements that reflect the skill and dedication these workers demonstrate day in and day out,” continued Conigliaro. “More importantly this agreement will provide the security that our members and their families expect in an IAM contract.”

IAM members in hundreds of locations will receive the highlights and full details, as IAM local and district lodge representatives travel back to their respective states.

“My thanks and appreciation go to everyone on the team,” said Conigliaro. “The professionalism, and resolve they brought to the table produced a tremendous agreement that our members can be proud of.”