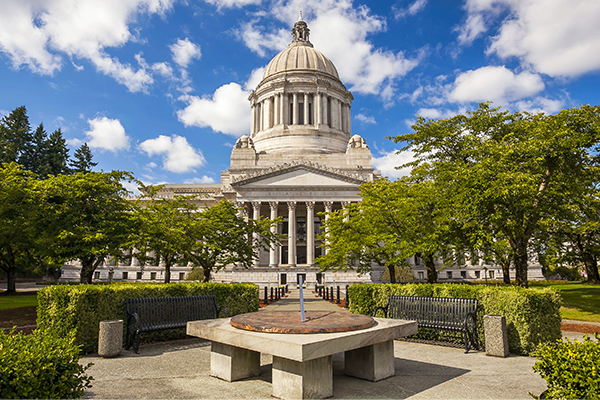 Alcoa Intalco Works, one of only seven primary aluminum smelters remaining in the United States, announced on April 22 that it was shutting down its Ferndale, WA plant.

“For generations, the highly-skilled, IAM-represented workforce at Alcoa Intalco has proudly produced high-quality aluminum ingots which are a vital component in nearly every sector of U.S. manufacturing, from aerospace and shipbuilding to transportation, infrastructure and medical equipment manufacturing,” wrote IAM International President Robert Martinez Jr. in a letter to Inslee.

U.S. Sens. Patty Murray and Maria Cantwell (D-WA), along with U.S. Reps. Suzan DelBene and Rick Larsen (D-WA) recently sent a letter to Alcoa President and CEO Roy Harvey, urging the company to work with the IAM to find a solution to the forthcoming layoffs at Alcoa’s Intalco plant in Ferndale, WA.

The Ferndale facility is one of the largest employers in Whatcom County, and it is estimated that every job at the plant supports 4.2 indirect and induced jobs in the region.

The IAM is also asking President Trump to use all means necessary, including the Defense Production Act, to save 700 jobs at a strategically important aluminum smelter in the Pacific Northwest.