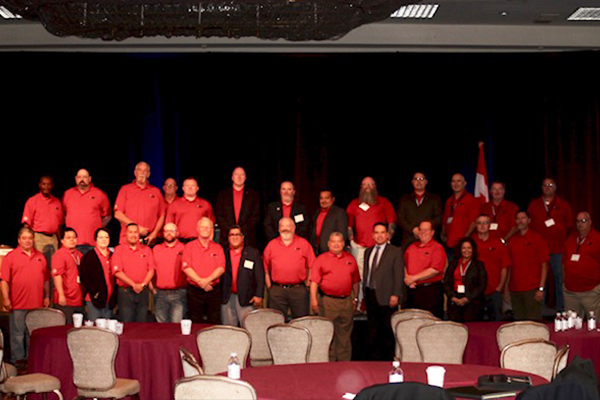 The week kicked off with a Guide Dogs of America golf tournament sponsored by the Metal Trades Department and proceeded with meetings with the Department of Energy, Navy and contractors who employ Metal Trades members.

“I was very proud to see a large and vocal showing of Machinists Union members at the annual Metal Trades Conference,” said IAM International President Robert Martinez Jr. “I want to especially thank Metal Trades President Jimmy Hart and IAM Government Employees Director Jim Price for their hard work on behalf of our metal trades membership and for again raising thousands of dollars for the IAM’s favorite charity, Guide Dogs of America.”