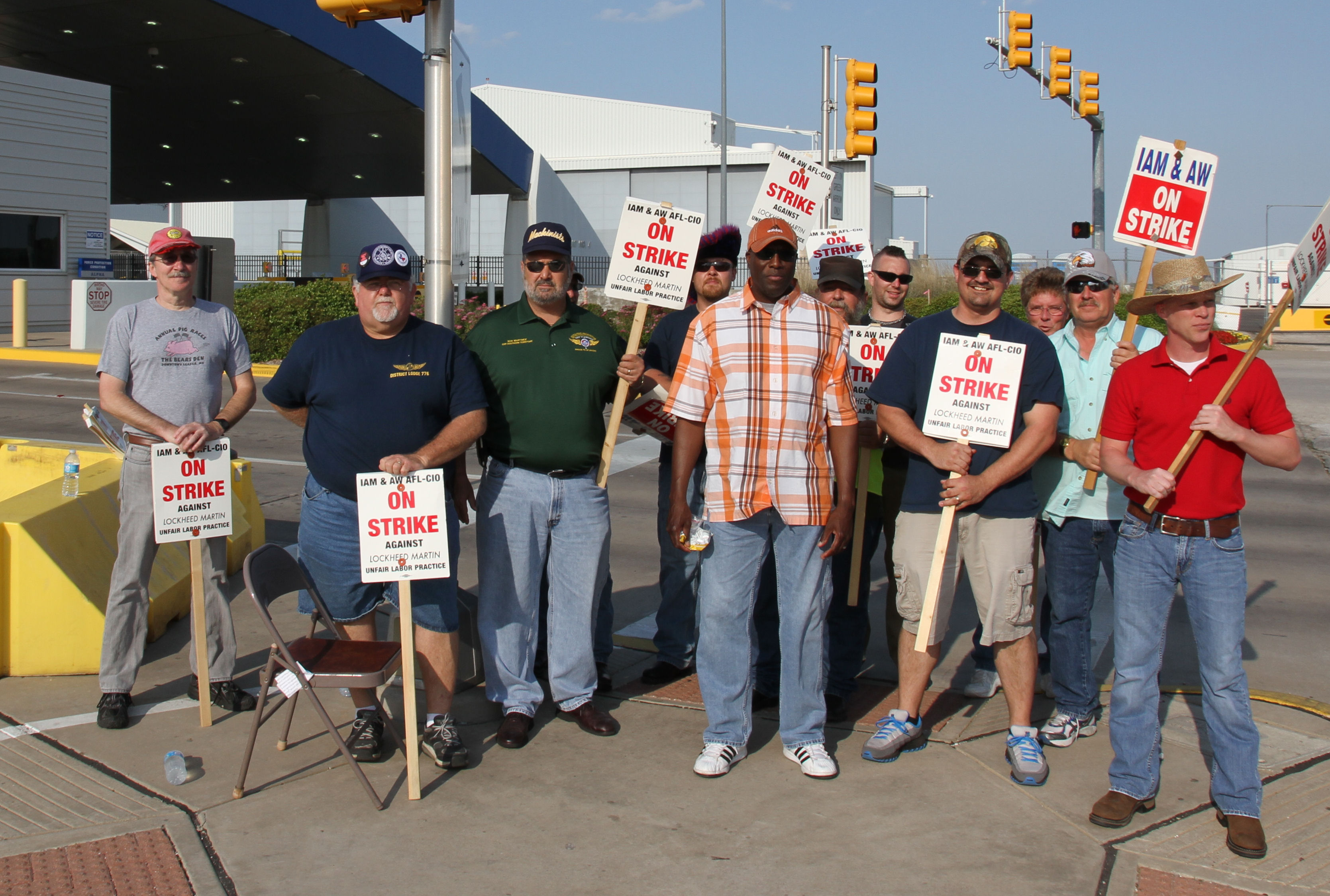 Southern Territory GVP Bob Martinez (third from left) joined members of District 776 on the picket line outside Lockheed Martin’s Ft. Worth, TX facility. Visit www.goiamtexas.com for more photos and updates about the strike.

The IAM strike to protect pensions and health care benefits at Lockheed Martin facilities in Texas, California and Maryland entered its second week with members solidly opposed to any offer from the company that pits new hires against current employees over retirement benefits.

“This is ground zero in the nationwide fight to protect health care and pension benefits,” declared IAM Southern Territory GVP Bob Martinez, who walked picket lines this week with District 776 members outside Lockheed’s Ft. Worth facility. “The defined benefit pension plan at Lockheed is a legacy benefit that was won for us by earlier generations of IAM members, and we are not about to be the generation that gives it back.”

IAM members voted by a 94 percent margin to reject Lockheed’s so-called Last, Best and Final offer, which included language to bar new hires from participating in the defined benefit pension plan. The rejected proposal also called for switching a majority of Lockheed workers to a high-deductible, high-cost health care plan with no cap on annual out-of-pocket expenses.

“Lockheed Martin is a highly successful defense contractor that has no business seeking draconian concessions from the employees who are a key ingredient to that success,” said Aerospace GVP Mark Blondin. “We’re prepared to sit down with Lockheed as soon as they’re prepared to address the issues in their proposal that led to this strike.”

Visit www.goiamtexas.com for more information, photos and updates about the strike.