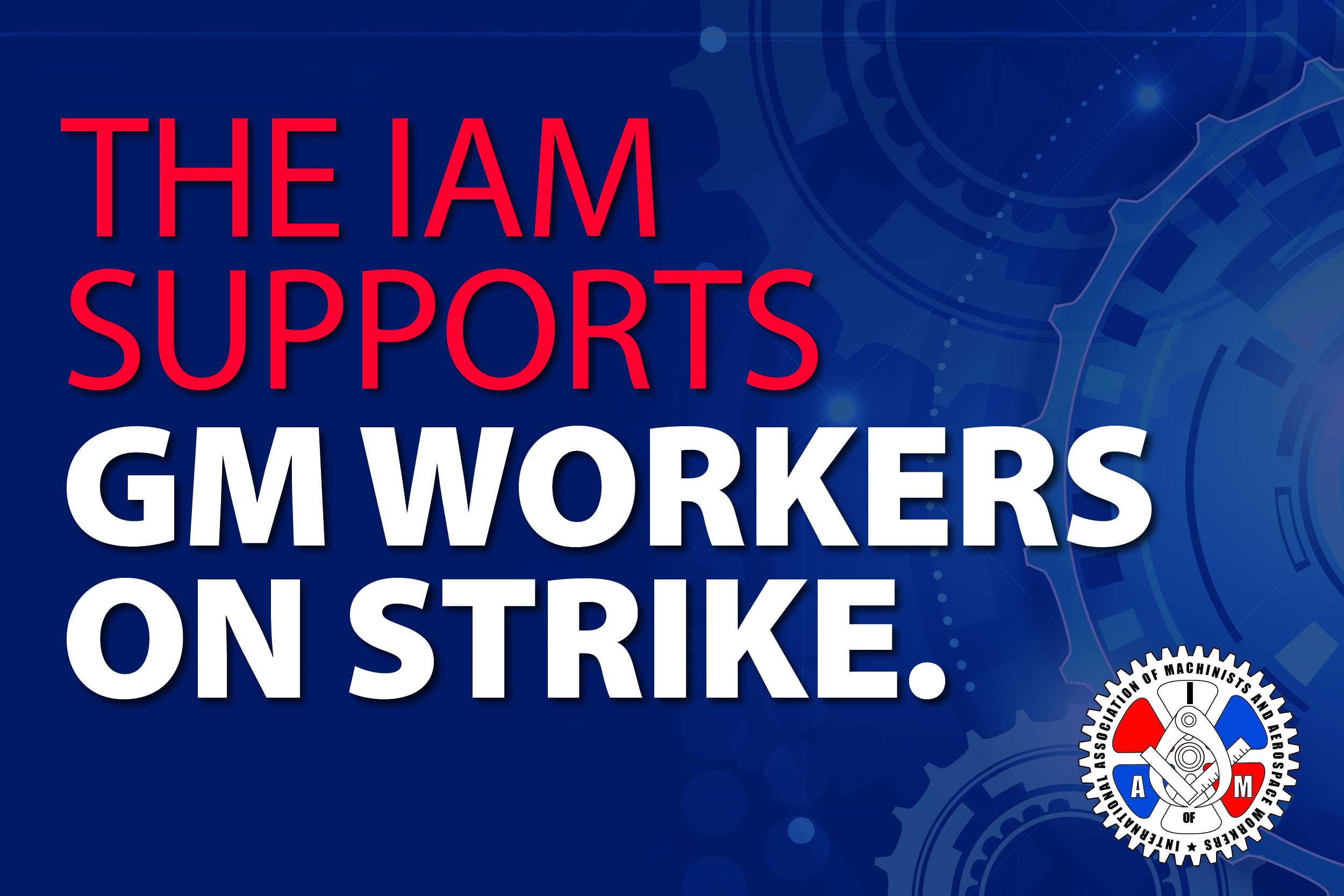 The IAM continues to stand with the thousands of UAW workers who are on strike at General Motors (GM) facilities nationwide.

The IAM hopes that GM stands up and shows up for the workers who sacrificed to save them from financial ruin.

“Hardworking middle-class taxpayers didn’t think bailing out General Motors would be a wide-open invitation for large executive bonuses and not sharing the $34 billion profit it made the last few years with its middle-class workforce. In fact, they understood that there is no job security for us when GM products are made in other countries, not here in the USA.

“We all stood up for American jobs. All we are asking is that GM stand up for us now that they have profited from our sacrifices.” – UAW