Machinists Support the For the People Act 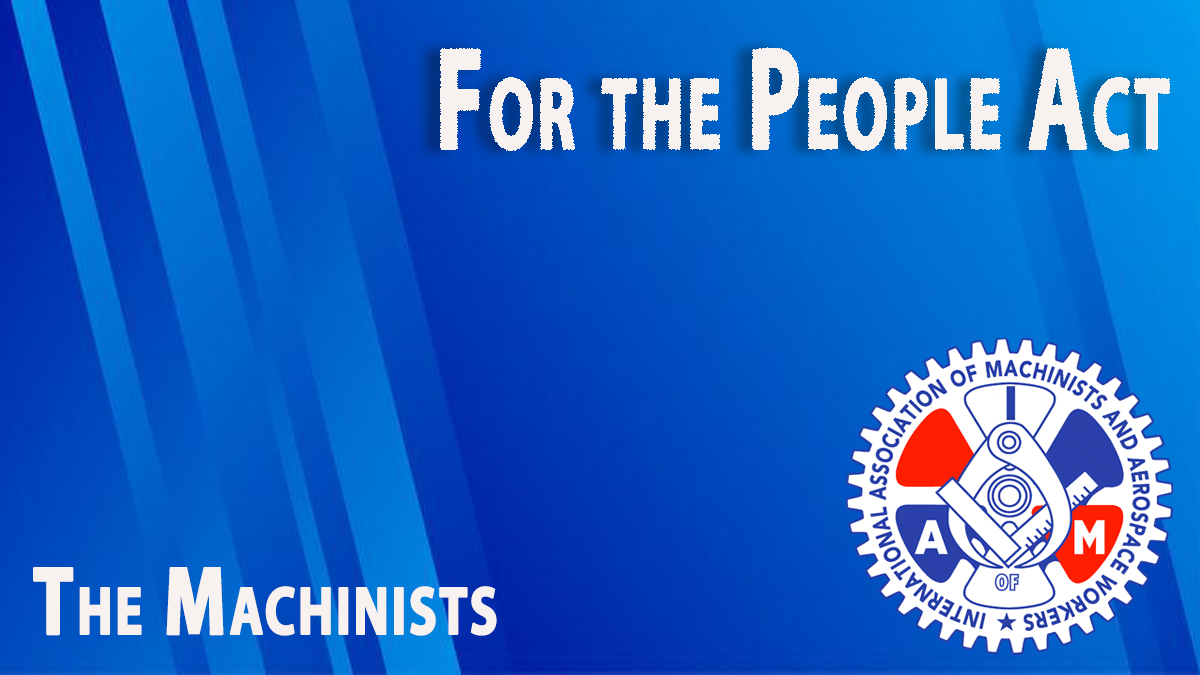 Elections should be about people, not money.

Already passed by the U.S. House of Representatives in early March, 2021, the bill would stop states from restricting a voter’s access to the ballot box and curb the role of money in politics.

The For the People Act would:

Do your part and let your Senators know it’s time to pass this groundbreaking piece of legislation so that every vote cast, counts. Let’s protect our right to vote.