Machinists Taking a Stand for Freedom at Boeing South Carolina 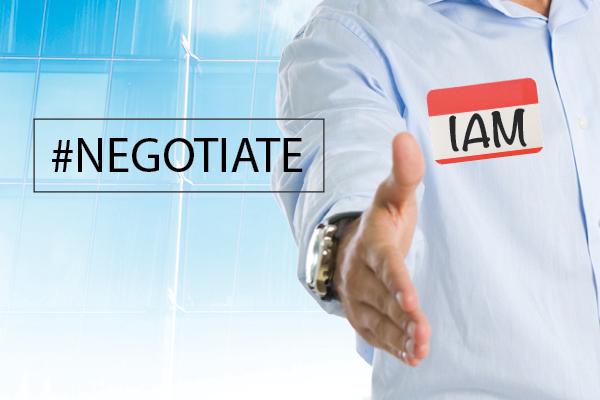 New Machinists Union members at Boeing South Carolina are standing strong despite the company’s attempt to silence their voice.

The Boeing Co. on Tuesday issued an appeal with the NLRB challenging the decision of Boeing Flightline Workers in North Charleston to join the IAM. The Flightline workers voted nearly two-to-one for the IAM.

IAM International President Bob Martinez wrote a letter to the editor in the Wall Street Journal advocating for the South Carolina Flightline workers’ right to join the IAM.

“The Boeing Co. should respect the workers’ freedom to choose their own union at Boeing in South Carolina and support efforts to enhance the lives of these workers, their families and their community,” wrote Martinez.

The IAM will be filing a response to Boeing’s appeal.

“Boeing’s decision to appeal the Regional Director’s unit determination and refusal to obey the law is just one more in its long series of efforts to thwart the will of the employees at Boeing South Carolina to be represented by the Machinists,” said IAM General Counsel Mark Schneider. “We are confident the Regional Director’s decision will be upheld as it is thorough, based in fact and consistent with precedent.”

“Boeing’s appeal will only delay these skilled technicians from being able to exercise their federally-protected right to work together as a group, determine what is important to them and bargain those priorities with their employer,” said IAM District 751 President Jon Holden.

“IAM District 837 members here in St. Louis have shared a mutual relationship with Boeing for more than 20 years,” said IAM District 837 President Steve McDerman. “Their union contract and knowing that their wages, benefits, and work rules are clearly outlined is what allows our members to worry less about their employment and focus more on building the world’s greatest aircraft.”