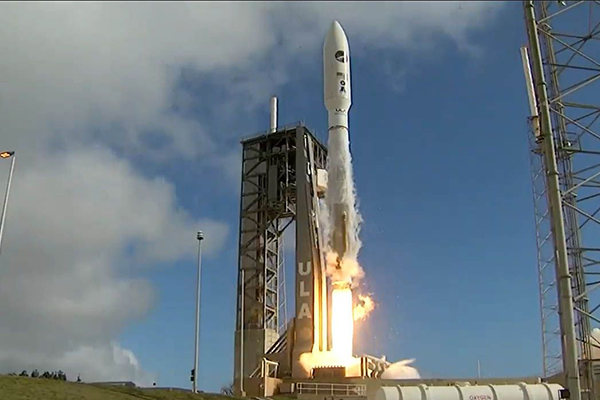 The Machinists Union played a major part in the May 17 successful launch of the United Launch Alliance’s Atlas V rocket carrying the U.S. Space Force X-37B autonomous spacecraft to orbit.

The launch from the Cape Canaveral Air Force Station in Florida was the successful start of USSF-7, which is the seventh flight of the Atlas V. ULA teamed with Boeing for the mission. Both aerospace companies employ IAM members who build rockets, work on launch teams and maintain facilities.

The classified mission was dedicated to health care workers, first responders and anyone else who has been affected by COVID-19.

“We owe so much to the men and women of the Machinist Union who have made the space industry what it is today,” said Southern Territory General Vice President Rickey Wallace. “Day in and day out, IAM members working on the space coast put this country’s economy a step ahead by producing and maintaining some of the most sophisticated technology known to man. I am proud that the expertise of our dedicated membership continues to be an integral part of space exploration.”

Congratulations 🎉 to our many IAM members who played a key part in Sunday’s successful launch of @ulalaunch #AtlasV rocket carrying the US Space Force X-37B autonomous spacecraft to orbit https://t.co/ABMyFflXhR

The U.S. Space Force is a new service branch of the U.S. Armed Forces.