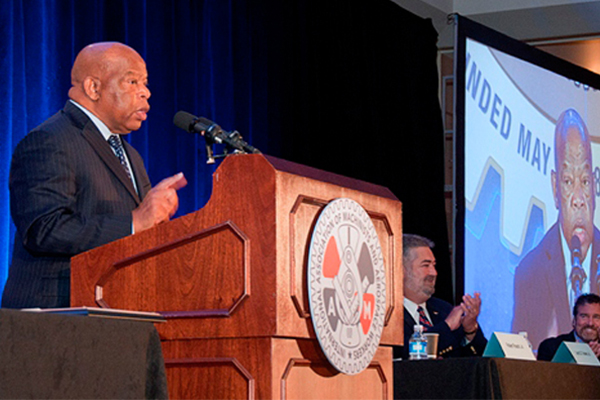 “The IAM strongly believes that voting is a sacred pillar in our country’s democracy. The John R. Lewis Voting Rights Act would help eliminate racial discrimination in our elections. The same groups fighting to suppress voting rights are also pushing some of the most anti-worker laws in our nation. We must stand in solidarity to fight back against any voter suppression attempts in our great country.

“Our union will continue to help ensure that all our members have full access to the ballot box. Everyone deserves the opportunity to participate in a process that legendary and late civil rights leader and Congressman John Lewis championed in the halls of Congress.

“In 2013, Congressman Lewis personally participated in the IAM’s 125th birthday commemoration in Atlanta. Speaking to IAM members there, Lewis encouraged us to fight against voter suppression. ‘We must not step backward to another dark period in our history. The vote is the most powerful nonviolent tool we have in a democratic society,’ Lewis said.’

“The IAM will work to carry on his legacy and fulfill the democratic promise of America.”