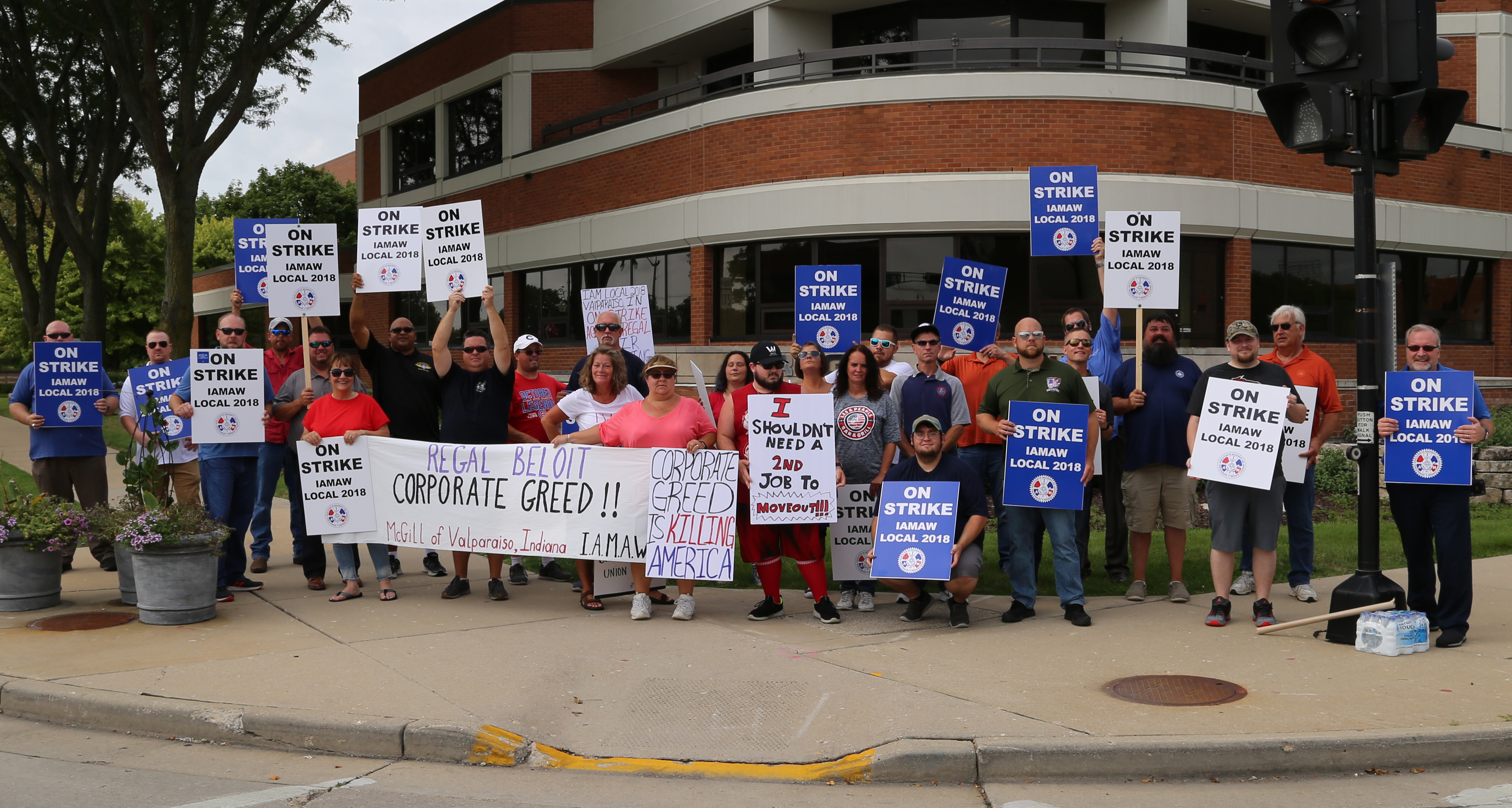 The IAM is asking the White House to save more than 110 jobs at Regal Beloit’s aerospace parts manufacturing facility in Valparaiso, IN. Regal abruptly and without warning announced plans to close its Valparaiso plant Tuesday. The news comes 59 days into a strike by Indiana IAM Local 2018 members seeking fair wages and affordable healthcare from the employer.

“For generations, Machinists Union members have proudly worked at this facility producing parts for many vital U.S. aerospace defense programs including Apache helicopters and Air Force One,” wrote IAM International President Bob Martinez in his letter to President Trump and former Indiana governor, now Vice President Mike Pence. “In return for our members’ loyalty, Regal Beloit has now decided to turn its back on these U.S. workers. These highly-skilled workers have decades of experience and hold important program-specific certifications. Dismantling this workforce and similar workforces, with the intellectual and industrial capacity they represent, would be a travesty and would ultimately threaten our national security and capability to continue as a world leader.”

U.S. Rep. Pete Visclosky, a member of the House Appropriations Committee and Chairman of the Defense Appropriations Subcommittee, rallied with striking IAM members at Regal Beloit in July, urging the company to negotiate with IAM Local 2018.

“While the Machinists Union is disappointed in Regal Beloit’s decision to close the Valparaiso, Indiana plant, without warning and in the midst of an ongoing strike for fair wages and better healthcare, we will continue to work on behalf of the more than 110 workers affected by this abrupt decision,” said the IAM. “We are currently in talks with the company to discuss next steps and the union’s next course of action.”

IAM Local 2018 members remain on strike as the IAM continues talks with the company.

Another example of corporate greed, this time from @RegalBeloitCorp. This strike has gone on for over a month. Enough is enough. I stand in solidarity with these @MachinistsUnion workers in their fight for dignity and justice in the workplace. https://t.co/TLrL4XGzG7