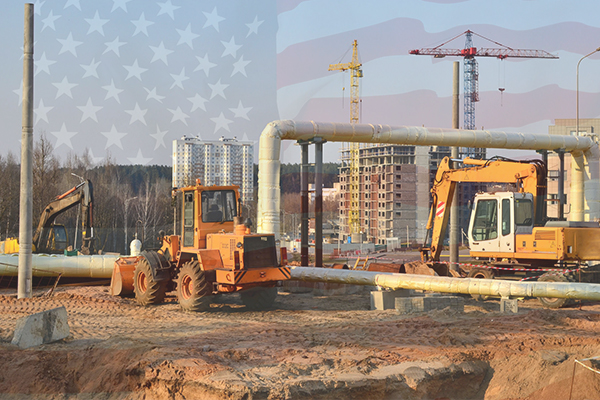 “This moment is exactly why thousands of Machinists Union members went to the polls to support the Biden-Harris ticket and their policy of ‘Build Back Better,’” said Martinez. “The infrastructure package introduced today will impact generations of America’s working families by creating good union jobs that offer decent wages and benefits. The hope this administration brings to America’s workforce stands in stark contrast to where we were a year ago when thousands of our members’ lives were turned upside down due to the pandemic and devastating layoffs. The program introduced today is yet another welcome initiative by the Biden administration that will build back better our vital manufacturing and transportation sectors.”

As one of the largest industrial and transportation unions in North America, we applaud @POTUS for the worker-first #AmericanJobsPlan.

“During our meeting earlier this year, I congratulated President Biden and Vice President Harris on the initiatives that have already been undertaken, including the Executive Order to strengthen Buy American laws that called for strong domestic sourcing requirements and for infrastructure programs that include materials and manufactured goods, including equipment and other items throughout the supply chain, as well as curtailing broad loopholes that bypassed domestic content requirements,” said Martinez.

“This infrastructure package also moves us in the direction of ending corporate tax incentives that move our work offshore and creates incentives to bring our supply chains home. We look forward to working with the Biden-Harris administration and other members of Congress to build back better America’s workforce across all sectors, especially in the hard-hit manufacturing and transportation sectors.”