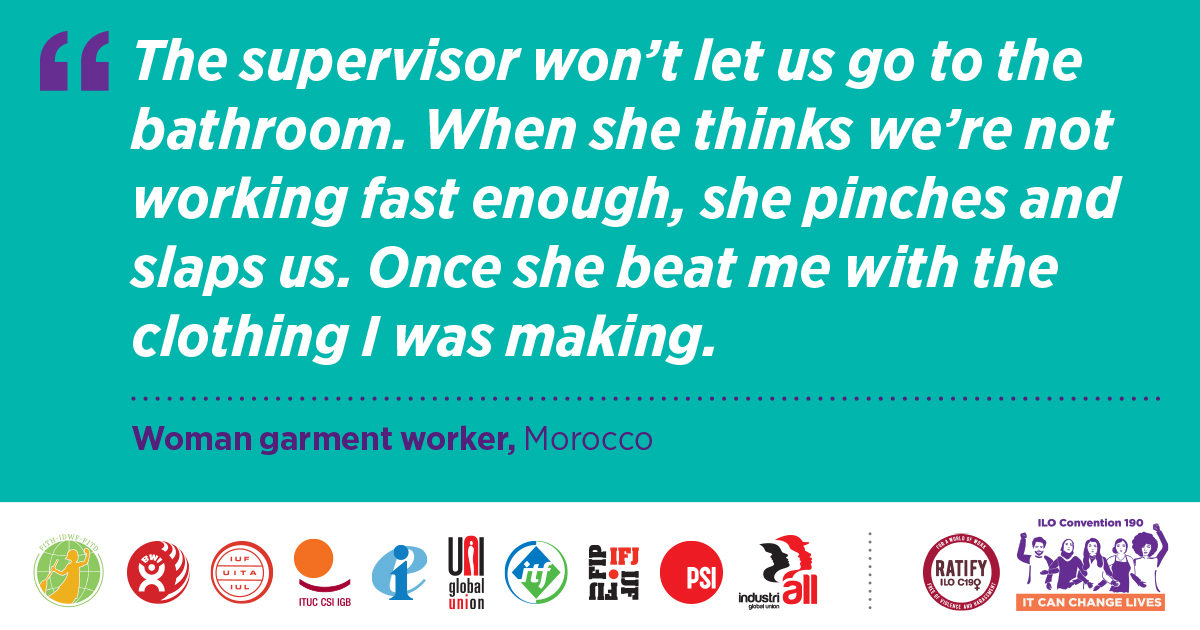 The IAM is joining the IndustriALL Global Union in calling for an end to gender-based harassment and violence, especially in the workplace.

The Machinists Union is specifically calling on the United States and Canada to ratify International Labour Organization (ILO) Convention Number 190 and Recommendation 206, the first international standards to recognize that everyone has the right to a workplace free from harassment and violence. The U.S. and Canada, among many other countries, have not yet ratified the standards.

The standards recognize that violence and harassment in the world of work can occur in the physical workplace, as well as during the commute, where workers rest and online.

Unions have an important role to play to make sure the Convention becomes part of national laws, as well as fills the gaps in existing laws. This toolkit provides ways for trade unions and other stakeholders to fight violence and harassment in the world of work.

“Gender-based violence is absolutely a workplace issue and one that unions have a critical role to play in stopping,” said IAM International President Robert Martinez Jr. “This important initiative leaves no one behind and protects all workers in all sectors. The IAM is committed to ending all harassment and violence.”

READ: What unions can do to put a stop to domestic violence IndustriALL