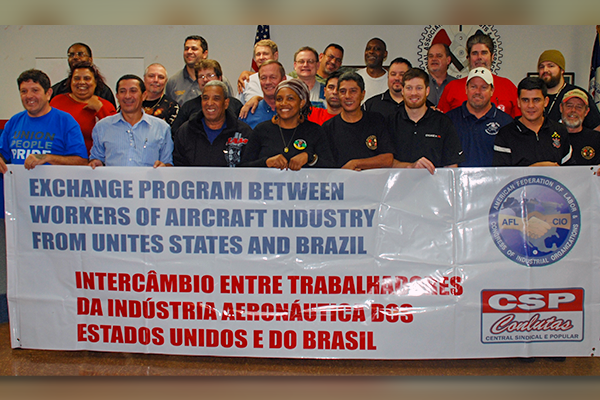 “The Machinists Union sends our profound congratulations to President-Elect Luiz Inácio Lula da Silva and the people of Brazil. Like the labor movement, Lula’s life story is one of perseverance. As a young man who took machinist training courses and then rose to the top of the Metalworkers Union, Lula will again bring a workers’ perspective to the Brazilian presidency.

“After wrongful persecution that took his freedom, Lula never wavered in his fight for a better future for his country, to maintain democracy and to advocate for the working people of Brazil. The IAM, which has worked closely with Brazilian unionists, including exchange trips of labor activists, looks forward to continuing our global advocacy for social justice alongside Lula and a Brazilian government that will once again fight for working people.”