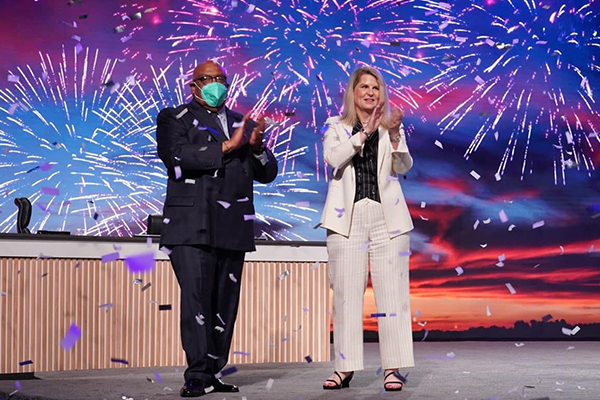 “The Machinists Union congratulates AFL-CIO President Liz Shuler and Secretary-Treasurer Fred Redmond on their historic election to lead the AFL-CIO. Together, Liz and Fred are the right leaders at the right time to take our diverse, dynamic federation into an even brighter future.

“As a union known as the Fighting Machinists, we know a true fighter when we see one. President Shuler has been in the trenches on behalf of Machinists Union members her entire career at the AFL-CIO. She has taken on employers, politicians and more to help us win the biggest fights and take on the most powerful foes.

“We know that President Shuler and Secretary-Treasurer Redmond are going to continue to do what they’ve always done—deliver for working people and the unions who fight for them. The Machinists Union is going to be by their side every step of the way as we transform the labor movement into an even more powerful force for justice, dignity and equality for every working family.”