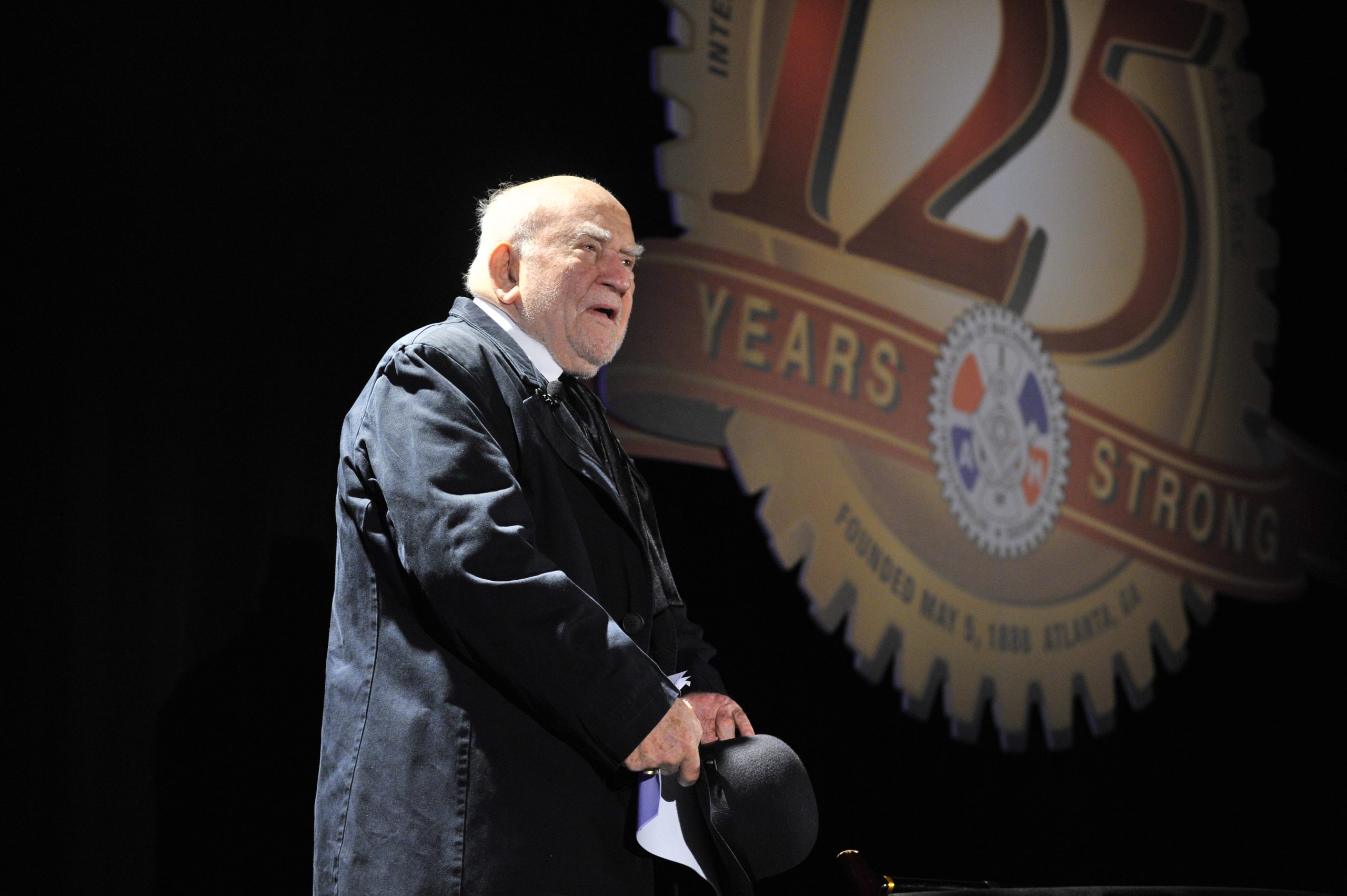 “As one of only a handful of honorary lifetime Machinists Union members, Ed Asner holds a special place in the heart of the IAM. Ed was a regular guest at IAM conventions and conferences, always sharing his unparalleled wit and knowledge with IAM officers, staff and delegates.

“Ed was a devout friend of all working men and women, both as president of the Screen Actors Guild and as an advocate for dignity and justice on and off the job. Ed will be remembered by us for the friendship and solidarity he showed our great union for decades. We are deeply saddened by this loss and send our thoughts to family, friends and fans of Ed Asner everywhere.”