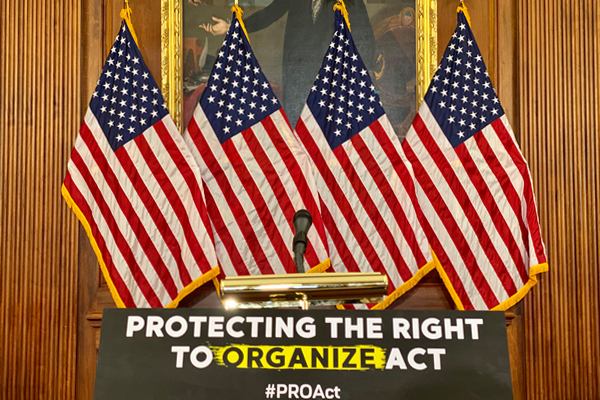 “I want to thank the Democratic leadership team, House Education and Labor Chairman Bobby Scott and every other member of Congress who voted in support of American workers,” Martinez said. “This legislation will help stop negative attacks and acts of retaliation present in many anti-union campaigns, like the IAM’s ongoing campaigns at Delta Air Lines and Boeing South Carolina.

“We will now mobilize to hold the Senate accountable to pass the PRO Act, which expands the right to organize a union and bargain for higher wages and benefits. Organized labor is the cornerstone of the American middle class.”

The PRO Act is a bipartisan bill introduced in May by House Education and Labor Chairman Bobby Scott (D-VA) to remove state’s so-called right-to-work laws, broaden workers’ rights to strike and organize. The legislation passed the House in a 224-194 vote on Feb. 6.

The IAM recently sent a letter to members of Congress urging support for the PRO ACT.