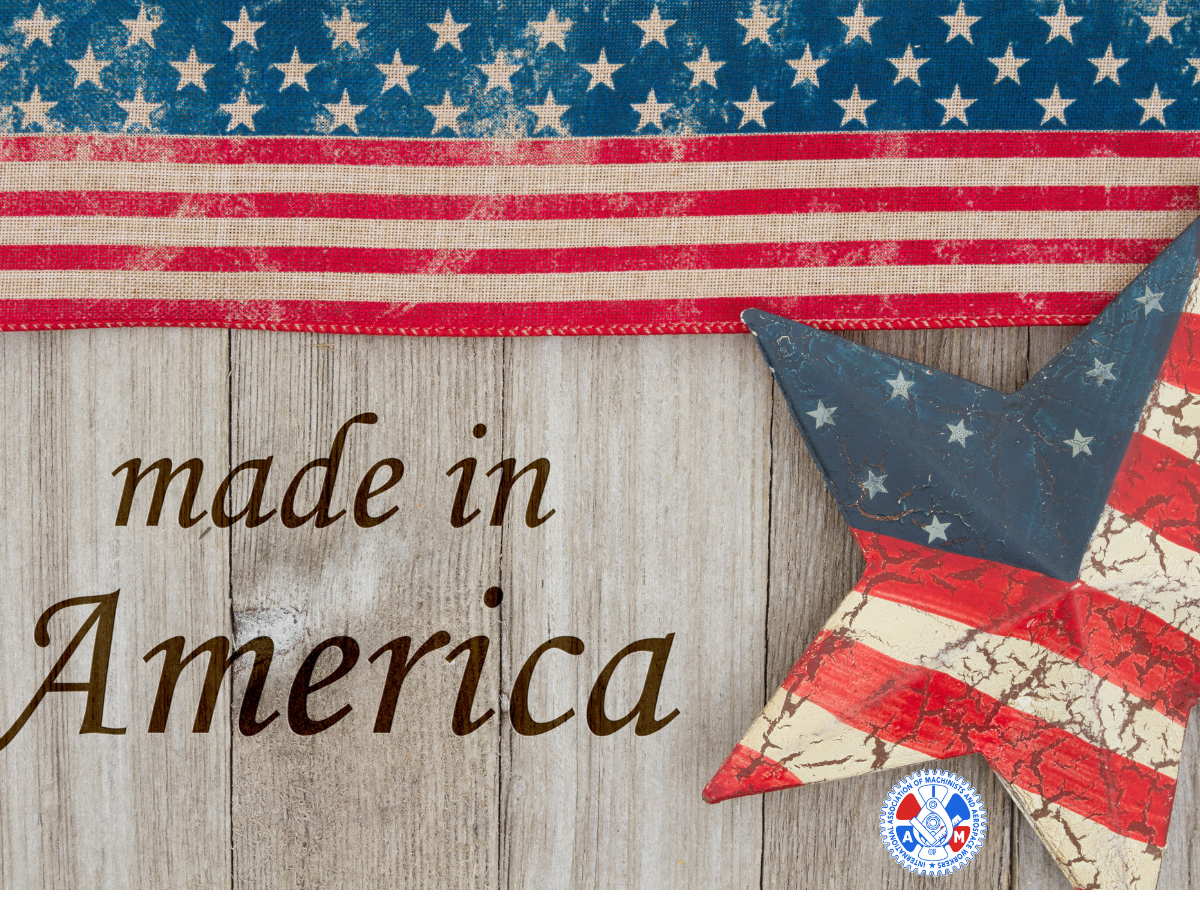 “The Machinists Union has championed and called for an expansion of ‘Buy American’ domestic content requirements for decades. Today’s announcement is further proof that in President Biden, we finally have a champion for U.S. workers in the White House.

“Today’s announcement makes real what we have been saying all along—that ‘Made in America’ should mean ‘Made in America.’ In fact, the Machinists Union, along with U.S. Rep. Donald Norcross and U.S. Sen. Tammy Duckworth, championed an amendment to the 2022 National Defense Authorization Act that would have made a similar ‘Buy American’ threshold increase for defense products. That bipartisan amendment passed the House before being defeated by corporate-backed politicians in the Senate.

“The Biden administration is now applying that rule—that any product stamped with ‘Made in America’ should have 75% of its value come from parts made here in the United States—to all products purchased with taxpayer dollars by 2029.

“This is critical for our domestic supply chains. It is music to the ears of American workers. It puts our tax dollars toward buying the best products made by the best workers. And it will finally make a real difference toward bringing back U.S. jobs that have been sent out of the country by bad trade deals and corporate greed.

“We are incredibly grateful to the Biden administration and the Made in America Office for hearing our call and the calls of millions of Americans. Let’s build the future right here in America.”