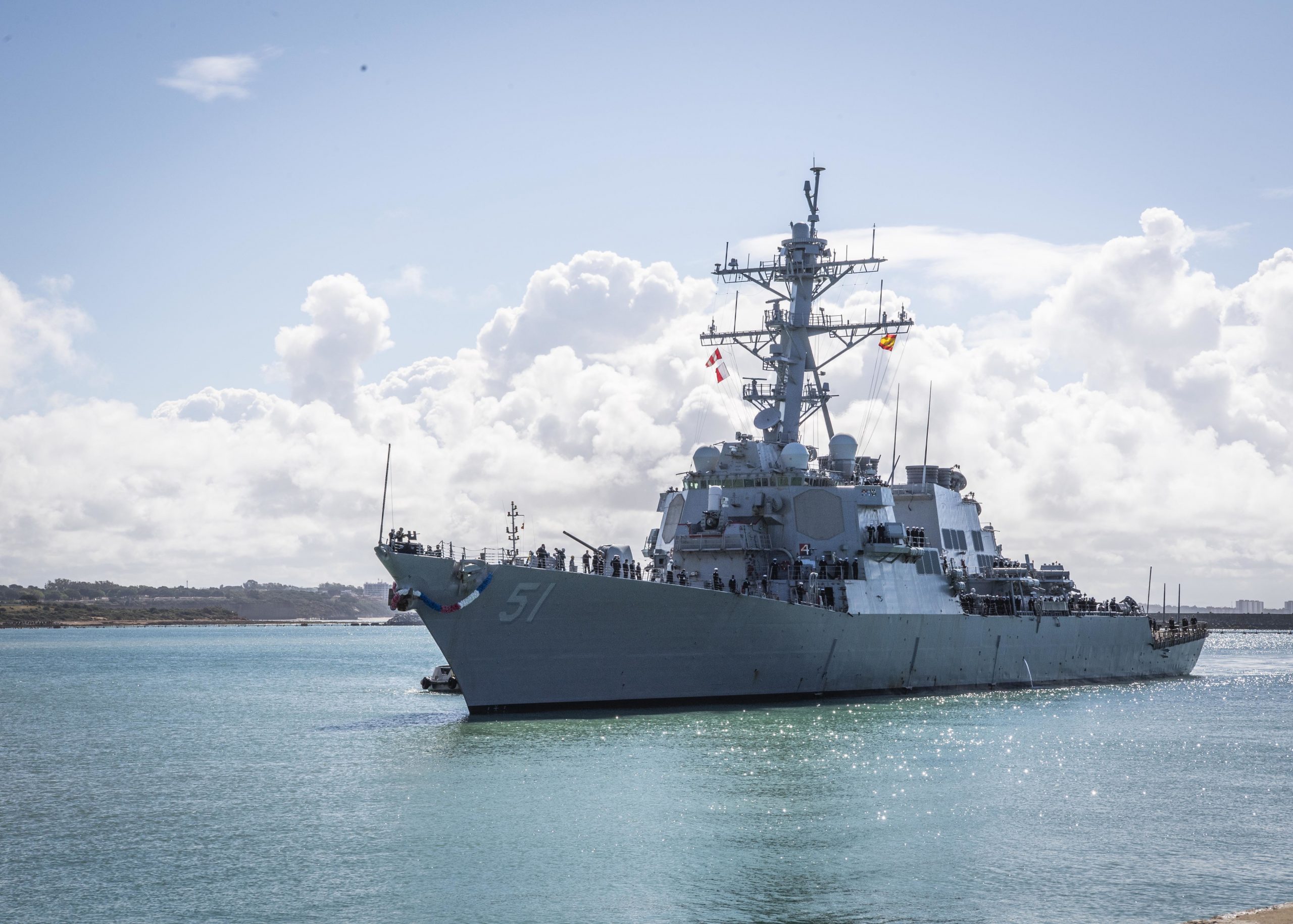 “This budget is retiring some old large surface combatants in big numbers,” said Rep. Courtney. “If we’re going to divest older capability ships to free up money to invest in newer capability ships, you have to make sure you do the second part, and this budget doesn’t do that.”

Courtney’s subcommittee is responsible for setting the shipbuilding manufacturing policy included in the National Defense Authorization Act, which directs how federal funds should be used by the Defense Department each year. Golden serves as vice-chairman of the subcommittee next to Courtney. Pingree is a member of the House Appropriations Committee, which sets funding policy for the federal government, including for military shipbuilding.

“These ships are proudly built by our members,” said Local S6 President Chris Wiers. “Our members are fighting alongside the IAM, our elected officials and BIW to ensure that Congress restores funding for a second DDG-51 destroyer in fiscal Year 2022.”

“These ships are vital,” said IAM Eastern Territory General Vice President Jimmy Conigliaro, Sr. “First and foremost is our national security, and making sure the U.S. Navy has the tools they need to defend our interests. Secondly, and just as important we are also building the future shipbuilders, and manufacturing base at the same time. The Maine Delegation understands the importance of these ships, and our members are also well informed – they know what is at stake.”

Pingree and Golden, along with U.S. Sens. Susan Collins (R-ME) and Angus King (I-ME), opposed the ship cut in a May 27 joint statement. The Maine Delegation wrote the cut would “destabilize our nation’s shipyard industrial base, threaten the skilled workforce that builds these ships, and undermine the long-term health of this important sector of national defense.