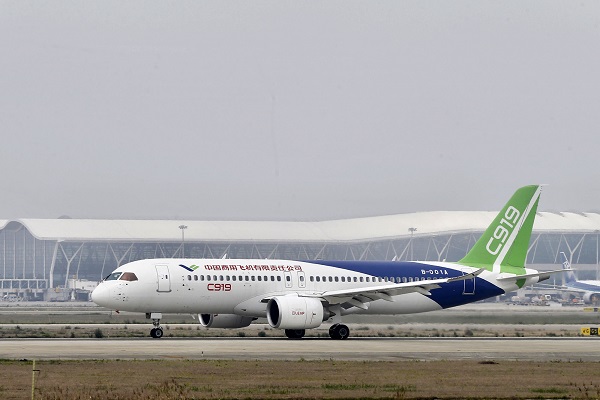 The commercial plane threatens to become direct competitor to the Machinists Union-made Boeing 737.

COMAC has benefited from technology offsets of North American and European competitors. Boeing plans to open a 737 finishing center in China.

“We have been sending out the alarm bells for many years now about China’s growing aerospace industry,” Owen Herrnstadt, the IAM’s Director of Trade and Globalization and Chief of Staff to the International President, told Bloomberg. “They’ve pitted Western aerospace companies against one another.”

The Chinese government has committed as much as $7 billion to the program.

“At some point, the government is going to say to the airlines: ‘You need to buy these airplanes,’” said George Ferguson, a Bloomberg intelligence analyst.