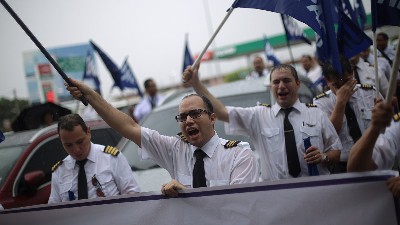 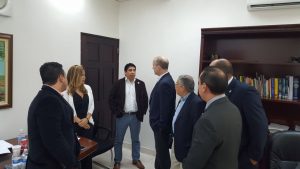 Approximately 1,000 pilots of Panamanian carrier Copa Airlines are preparing for a strike on Thursday morning, June 15, 2017.

The pilots, members of the Panamanian Union of Commercial Aviators (UNPAC), and Copa have been negotiating since October, 2016. UNPAC is seeking a salary scale based on seniority, the definition of a duty day included in their contract and pay for required time performing duties outside the cockpit.

“The International Association of Machinists and Aerospace Workers (IAM) supports UNPAC pilots in their struggle against Copa Airlines,” said IAM General Vice President Sito Pantoja. “If Copa forces a strike, UNPAC pilots will have the full support of more than 100,000 IAM airline members in the United States.”

IAM Transportation Chief of Staff Joseph Tiberi, who is also Vice-Chair of the International Transport Federation’s Civil Aviation Section, hand-delivered a letter of support from GVP Pantoja to UNPAC General Secretary Luis Young and the union’s negotiating committee as they met at the Panamanian Ministry of Labor in hopes of reaching an agreement.

IAM members can send their own personal message of solidarity through UNPAC’s Facebook page, which is accessible at http://www.unpac-panama.com.