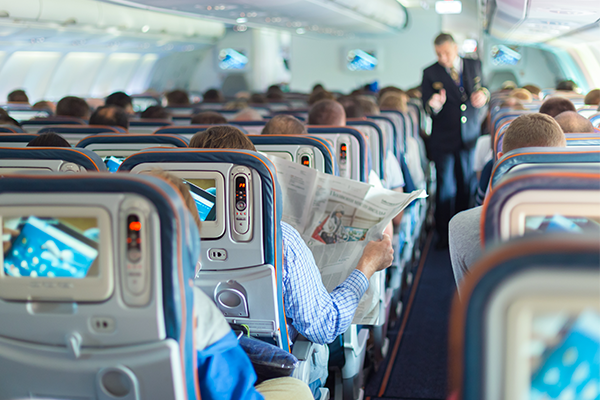 The legislation, introduced in the Senate by Sen. Jack Reed (D-RI), and in the U.S. House of Representatives by Reps. Eric Swalwell (D-Calif.) and Brian Fitzpatrick (R-PA), would direct the Transportation Security Administration (TSA) to create and manage a program that bars passengers who are fined or convicted of serious physical violence against airline personnel from flying.

“We greatly appreciate congressional lawmakers for taking the rising tide of passenger assault on airline workers very seriously,” said Richie Johnsen, IAM Chief of Staff to the International President. “These hard-working men and women are tasked with getting people to their destination safely, so we should always repay them by ensuring that airport and airline workers have a place that is safe for them too. I urge Congress to move swiftly to pass this legislation and give airline workers the safety and protections they deserve.”

The legislation would also permanently ban abusive passengers from participating in the TSA PreCheck or Customs’ Global Entry programs.

The FAA has reported a total of 5,981 passenger incidents in 2021, which is up sharply from previous years.