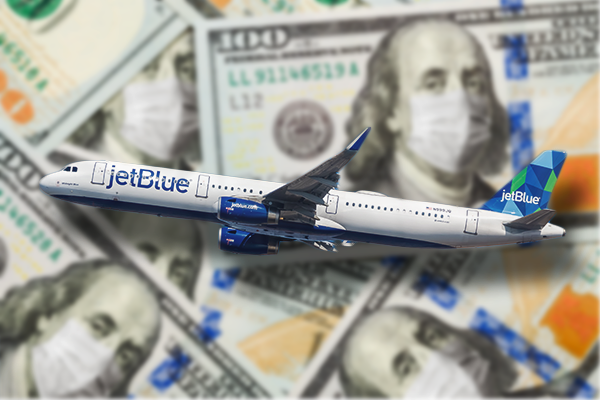 The International Association of Machinists and Aerospace Workers (IAM) on Monday, Nov. 8, sent a letter to Robin Hayes, CEO JetBlue Airways Inc., alerting him that the union will reach out to federal lawmakers in an attempt to help workers who wrongfully lost wages and benefits even as the carrier took taxpayer-funded relief as part of the CARES Act.

“We will reach out to key federal lawmakers, inform them that JetBlue management took almost $2 billion in federal tax-payer funds and then cut the hours, pay and benefits of hundreds, if not thousands, of JetBlue workers in potential violation of federal law. At present, you may ignore the IAM, but ignoring the questions of federal lawmakers would likely not be a good strategy,” wrote Richie Johnsen, IAM Chief of Staff to the International President.

Johnsen’s correspondence was a follow-up attempt by the IAM.

“JetBlue Crewmembers deserve better,” Carlson wrote. “They deserve to be repaid the money you wrongly took from them last year. They deserve to have their 401k accounts increased by the exact amount that was lost due to their working hours/pay being wrongly cut.”

The IAM lobbied aggressively to make sure the airline Payroll Support Program (PSP) was included in the CARES Act.

JetBlue applied for and received taxpayer funds under the Payroll Support Program, which required airlines to maintain workers’ jobs, pay and benefits as a condition of taking the funds. In May 2020, a group of 13 U.S. Senators, led by Elizabeth Warren (D-MA), wrote to Hayes, urging the company to reverse its decision to cut hours of workers after receiving the financial assistance of the CARES Act.

“Your decision to cut employee hours is inconsistent with congressional intent and is a blatant and potentially illegal effort to skirt your requirements to keep workers on payroll, and you should reverse this policy immediately,” the senators wrote.

Johnsen’s letter to Hayes pointed out some falsehoods in the company’s messages to its workers, many of which are an attempt to thwart union representation.