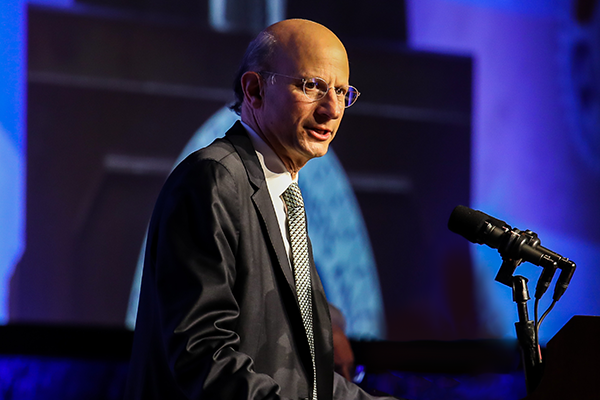 Owen E. Herrnstadt, IAM Chief of Staff to the International President, will retire from the union, effective January 1, 2022. Herrnstadt will also step down from his role as the IAM’s Director of Trade and Globalization.

In his 34-year career on the IAM’s staff, Herrnstadt has served as an invaluable resource to IAM members, officers, staff and leadership. His work to advance global trade and human rights that benefit working people has been internationally recognized inside and outside of the labor movement.

“On behalf of the IAM Executive Council and our entire membership, I want to extend our deepest gratitude to Owen for all he has given our great union,” said IAM International President Robert Martinez Jr. “Owen has contributed to solving many of the most important issues facing our union for more than three decades. We are a stronger organization because of his work, and his legacy will withstand the test of time as our union moves into the future. I wish Owen and the Herrnstadt family all the very best in this new chapter of their lives.”

Herrnstadt first came to the IAM in 1987, serving as Associate General Counsel. In 1996, he was named IAM Director of Trade and Globalization. In 2014, Herrnstadt became Chief of Staff to the International President. He has served on a variety of federal advisory committees and has written and made presentations on numerous topics including trade, human rights, corporate social responsibility, manufacturing, U.S. and international labor and employment law and other matters.